A new report by French blog WatchGeneration.fr is claiming that the upcoming watchOS 5.2 update will feature some exclusive new watch faces for the Hermès Series 4 Apple Watch (via 9to5Mac). 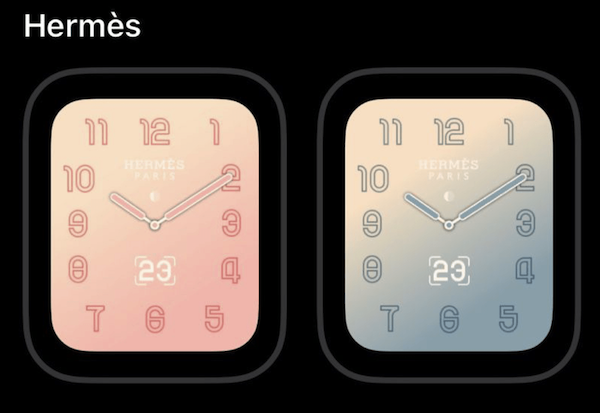 The report claims that the update will add a new gradient style Hermès watch face in two colours i.e. Cherry / Sakura, and Bleu (pink and blue). The new watch faces will also adapt based on where the hour and minute hands are, similar to the existing Series 4 Hermès Apple Watch faces.

It must be noted that just like other Hermès watch faces, users will be limited to a single complication on the face, only capable of showing the date, a specific time zone, or a stopwatch.

The new watch faces will require an Apple Watch Series 4 Hermès running watchOS 5.2 as well as iOS 12.2 on the iPhone.

You can buy an Apple Watch Series 4 Hermès from Apple.ca starting at $1639 CAD.

Last fall, Apple Music was named the new partner for the NFL’s Super Bowl Halftime Show, replacing Pepsi. This year’s show will feature Rihanna and Apple Music today shared the first trailer for the show, slated for the Super Bowl on Sunday, February 12, 2023, at State Farm Stadium in Glendale, Arizona, where the Kansas […]
Gary Ng
33 mins ago