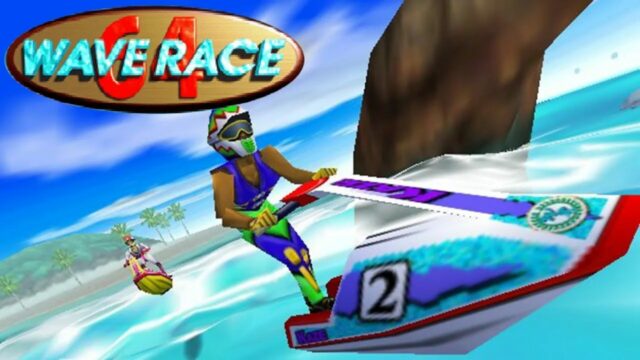 Nintendo has confirmed that the jet ski racer is making its way to Nintendo Switch Online + Expansion Pack, growing the roster of games available. It appears as though the monthly cadence of releasing a classing Nintendo 64 game to the subscription service is continuing with yet another beloved title.

Maximum power! Take to the waves in Wave Race 64, coming to #NintendoSwitch for #NintendoSwitchOnline + Expansion Pack members on 8/19! #Nintendo64 pic.twitter.com/TpyEmU3nxs

For its time, Wave Race 64 is a deeply mechanical racing title. The game features great animations as well as realistic physics which weren’t all too common back in 1996. The game also provided a challenge as four difficulty modes could be unlocked: Normal, Hard, Expert and Reverse.

Nintendo Switch Online + Expansion Pack offers access to a growing roster of classic Nintendo 64 and Sega Genesis titles on a subscription basis. An annual subscription is available in Canada for $63.99 CAD/year. Nintendo is continually adding a new title to its service each month, including games like Banjo-Kazooie and The Legend of Zelda: Majora’s Mask, and recently, Pokémon Puzzle League.

Nintendo has built itself a rhythm of announcing the monthly Nintendo Switch Online + Expansion Pack days prior to its launch on the service. While many players are hoping Nintendo releases a new roadmap of what’s to come in the future, it appears as though the company will retain the mystery of what comes next.

The Roku Channel has shared its list of free movies and TV shows hitting the ad-powered streaming service in Canada for October 2022. Check out the full list below Movies The Death and Life of John F Donovan The Intruders Mama Rhymes for Young Ghouls Wolves The Woman In Black Alaskan Nets The Delinquent Season […]
Gary Ng
56 mins ago