Popular social GPS mapping company Waze has today announced a record growth during 2012, claiming over 500 million map edits during the year. At the same time, the company highlighted enhancements made to its social mapping software during 2012, that provides turn-by-turn navigation as well as traffic and incident reports submitted by users. 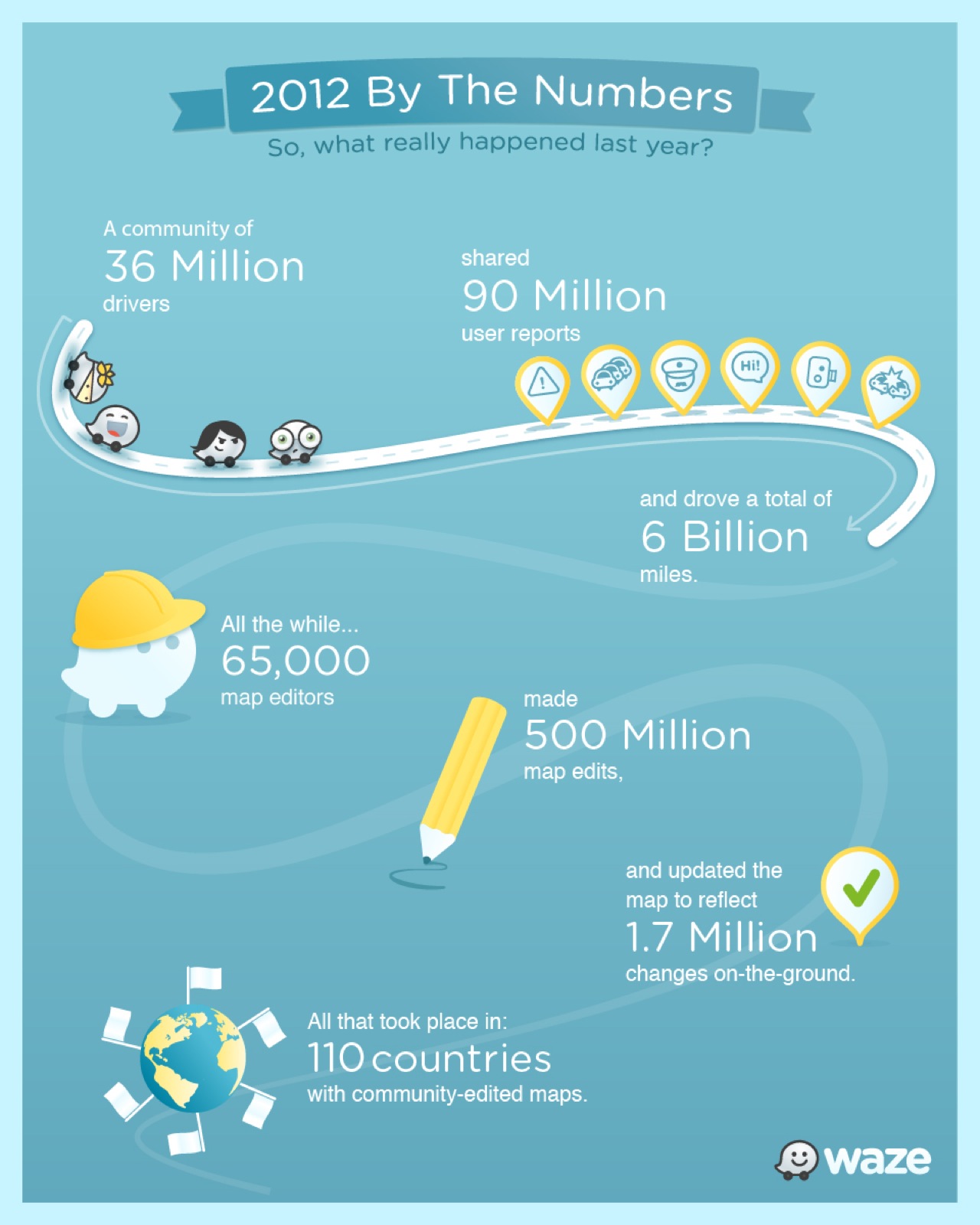 In November, Waze added new sleek map editor designed for new map editors, allowing them to “jump in” and edit, with features such as “play mode.” The company also arranged 2 ’superuser’ meetups, one in Paris and one in Palo Alto, setting the stage for a meetup-filled year, which included gatherings in Czech and Slovak in January and June, and in Hungary during June 2012. Meetups were also held in The Netherlands, Italy and Brazil.

New data revealed in December showed that map editors are resolving map problems at an astounding pace, with nearly 70% of system-detected map problems solved by the map editing community over a 30-day period and nearly all user-reported map problems resolved within one week.

Needless to say, it was a whirlwind year. We’re humbled by this community’s achievements and are so thankful we’ve all come this far. Huge thanks to our amazing map editing community for all their hard work and making Waze all that it is. Cheers!

Waze added the ability to add gas stations to the map editor worldwide in July. The company claims that map editors marked over 50,000 toll roads worldwide, expediting release of ‘avoid toll roads’ feature in Canada and other countries.