Wealthsimple Trade Unveils ‘Plus’ Subscription with USD Accounts and More 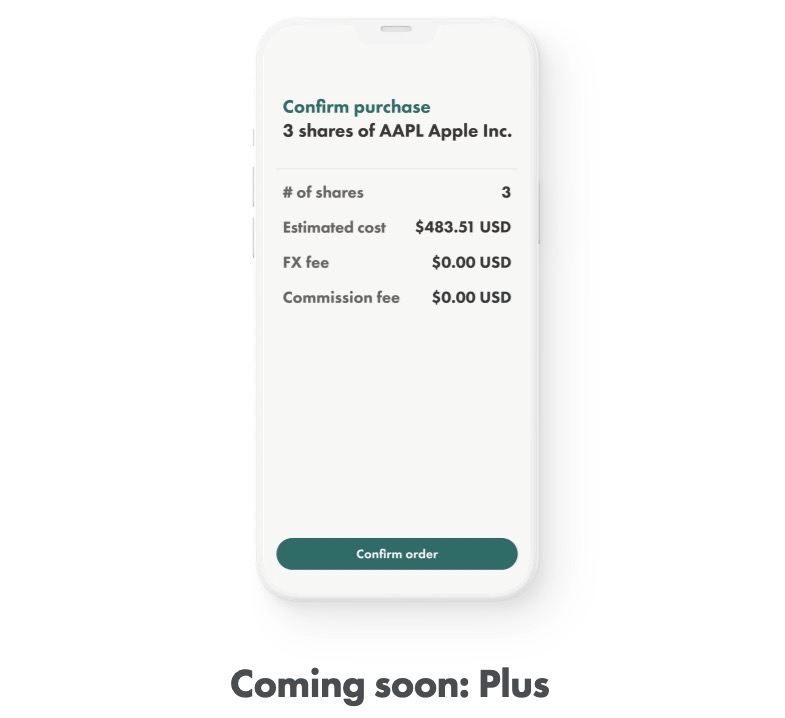 Wealthsimple Trade has unveiled a new subscription service called ‘Plus’, which is priced at $10 CAD per month and offers the following extra benefits:

Yes, USD accounts have been one of the biggest requested features for Wealthsimple Trade’s stock platform, which offers unlimited Canadian stock trades without any fees, but does charge a 1.5% foreign-exchange fee for currency conversion to U.S. dollars (that is unless you subscribe to the new $10 Plus tier).

With the new Plus subscription, clients will be able to hold USD and buy U.S. stocks and ETFs in USD, while avoiding costs related to currency conversions with buying and selling.

The new Wealthsimple Trade Plus subscription has a waitlist starting today and the new option will launch in January 2022, explains the company.

“We want to build long-lasting relationships with our clients, and we figure not charging frequent traders every time they trade is a good way to do that,” explained Wealthsimple on Wednesday.

Wealthsimple says with the launch of its ‘Plus’ subscription, the previous Premium offering will be phased out by March 2022. Premium was at $3/month and offered real-time quotes and up to $1,000 in instant deposits.

Click here to sign up for Wealthsimple Trade and get two free stock rewards when you join.

South Korea's antitrust regulator, the Korea Fair Trade Commission (KFTC), raided Apple's headquarters in the country earlier this week over allegations that the company is charging more than its sticker 30% commission — 33%, to be exact — on purchases made through the App Store. Local media first reported the raid on Monday, with Foss Patents covering...
Nehal Malik
5 mins ago