According to a report by the Bleeping Computer, owners of Western Digital My Book NAS devices from all around the world have suddenly found that their devices have been mysteriously wiped clean and all of their files have been deleted remotely. 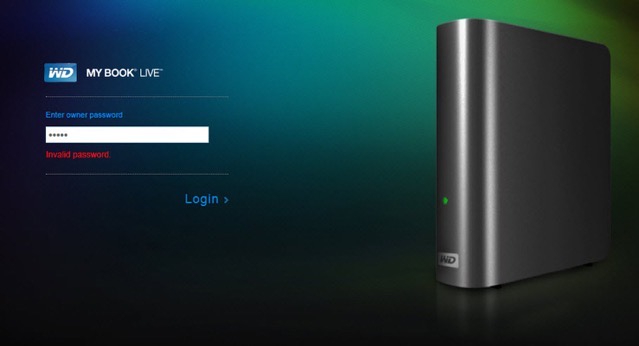 The report notes that affected users can no longer log into the device via any browser or even the WD My Book Live app, which allows owners to access their files and manage their devices remotely even if the NAS is behind a firewall or router.

While attempting to log in via the web, the affected devices state an “Invalid password” has been entered.

Some users believe that Western Digital’s servers may have been hacked, which allowed a threat actor to push out a remote factory reset command to all devices connected to the service.

In a statement, however, Western Digital has said that they do not believe it was a compromise of their servers:

“Western Digital has determined that some My Book Live devices are being compromised by malicious software. In some cases, this compromise has led to a factory reset that appears to erase all data on the device. The My Book Live device received its final firmware update in 2015. We understand that our customers’ data is very important. At this time, we recommend you disconnect your My Book Live from the Internet to protect your data on the device. We are actively investigating and we will provide updates to this thread when they are available.”

The WD My Book Live devices received their final firmware update back in 2015.

According to the European Union's final deadline, all new phones sold in the region, including future iPhones, will have to use USB-C for wired charging by December 28, 2024, The Verge is reporting. The EU’s new USB-C legislation, which has just been published in the bloc’s Official Journal, the rules will officially enter into force in...
Usman Qureshi
55 mins ago