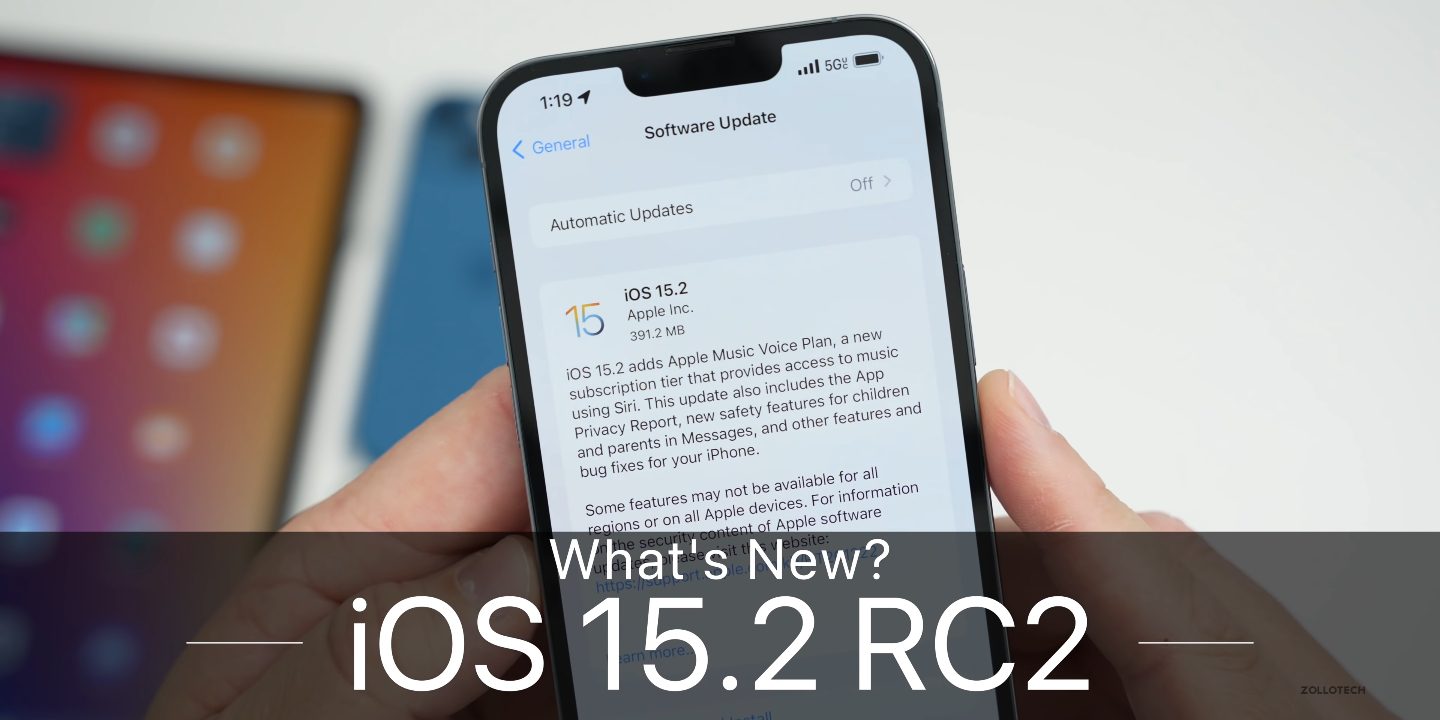 Apple on Tuesday released iOS 15.2 Release Candidate (RC) for developers and public beta testers, along with RC builds for other firmware, including macOS 12.1, iPadOS 15.2, and watchOS 8.3. Just a couple of days later on Friday morning, however, the company rolled out iOS 15.2 RC 2 (and macOS 12.1 RC 2).

A Release Candidate build is the final version of an update that is all but ready for public release — unless Apple finds a problem that needs to be fixed. iOS 15.2 RC 2 was only pushed out to the iPhone 13 series, so whatever issue Apple discovered and fixed, it had to do with the company’s latest lineup of phones.

The YouTuber wasn’t able to find any major changes in RC 2, even after looking at the update’s code, except for a modem firmware update likely intended to fix issues switching between 5G UC (Ultra Capacity) and regular 5G on the iPhone 13 series.

Apple noted in the release notes that an issue where audio streaming in the Music app results in high CPU usage and a toll on battery life remains unresolved on iOS 15.2 RC 2.

Performance seems to be pretty solid on iOS 15.2 RC 2, and battery life is much more stable than on the beta versions.

According to zollotech, we could see a public release for iOS 15.2 next week on December 13 or 14.