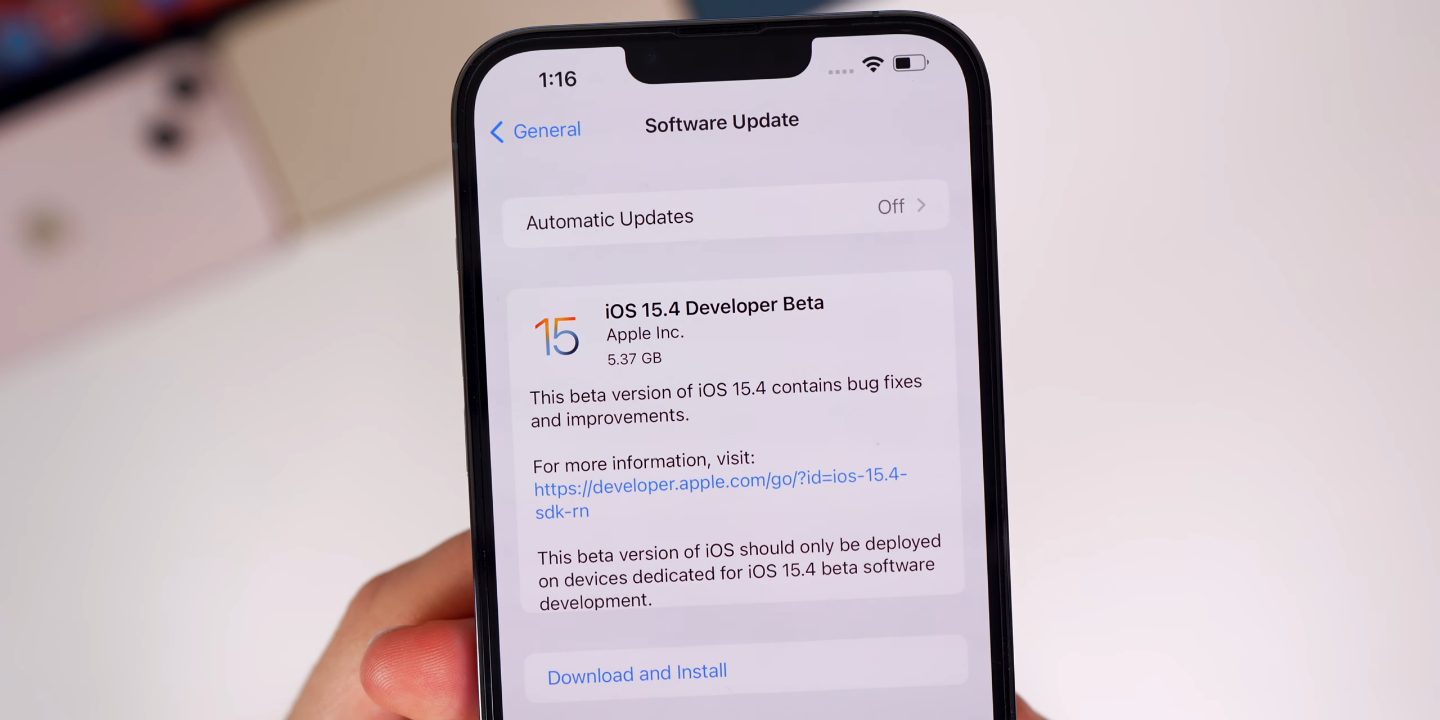 After releasing iOS 15.3 for everyone to download on Wednesday, Apple started rolling out the first beta build of iOS 15.4, macOS 12.3, iPadOS 15.4, watchOS 8.5, and more to developers earlier today.

The changes start with modem firmware, which gets updated to version 1.55.00 with iOS 15.4 beta 1. Here’s a list of some of the most significant additions/improvements to iOS in this beta build:

The ability to add driver’s licenses and ID cards to the Wallet app, a feature Apple originally announced at WWDC last year, is still notably missing from iOS. While iOS 15.4 beta 1, like previous iterations, contains the code for the feature, it is yet to be enabled by Apple.

Apple is also reportedly working on direct iPhone-to-iPhone payments for further down the line, possibly iOS 16 or later versions of iOS 15.

Release notes for iOS 15.4 beta 1, along with a list of bug fixes and known issues the update ships with, can be found on the Apple Developer website.