Facebook has brought payments to WhatsApp for the first time, starting in Brazil. 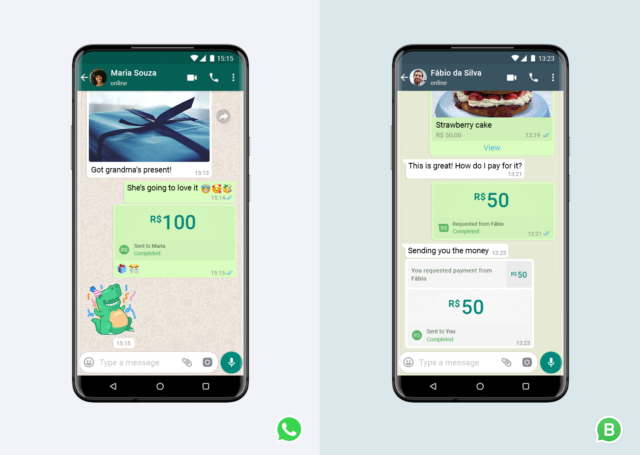 The new feature is powered by Facebook Pay, a unified payment service first introduced back in 2018, reads a new press release. The company said at the time that it planned to enable the service across its suite of apps, including WhatsApp and Instagram.

The expansion of Facebook Pay on WhatsApp aims to let people safely and easily send money through the app, according to WhatsApp. The messaging app will require a special six digit PIN or fingerprint scan to prevent unauthorized transactions.

Sending money or making a purchase using WhatsApp’s digital payments will be free for consumers, but businesses will pay a processing fee to receive customer payments, the company said.

Support is initially limited to Banco do Brasil, Nubank, and Sicredi on both the Mastercard and Visa payment networks.

In terms of security, WhatsApp said card details are encrypted per the PCI standard and users are required to use either a Facebook Pay PIN or fingerprint to authorize each payment.

A WhatsApp spokesperson confirmed that the payments feature will arrive in more countries in the future, though they didn’t divulge when or where the rollout may head next.