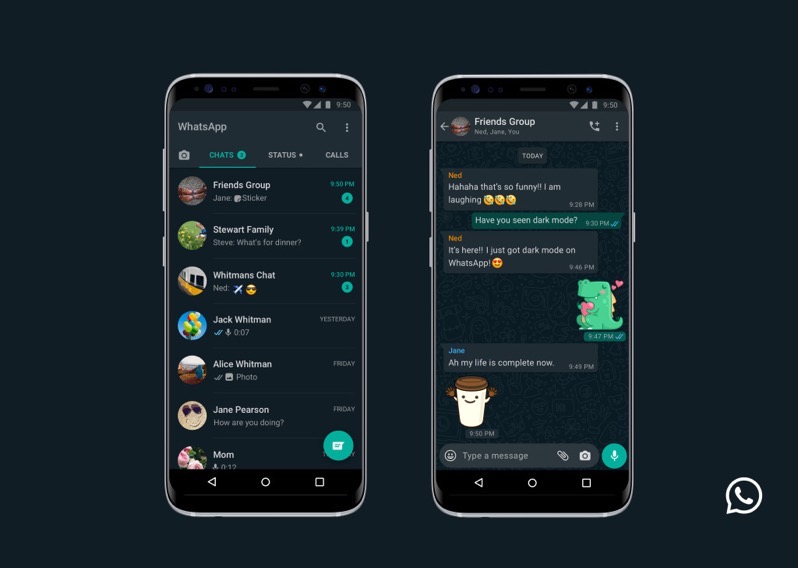 WhatsApp has launched Dark Mode for iOS and Android users, now available for download as an update in the App Store and Google Play.

“We’re excited to update WhatsApp with the most requested feature from users everywhere — dark mode,” details Facebook in a blog post.

“Dark mode for WhatsApp offers a fresh look on a familiar experience. It’s designed to reduce eye strain in low light environments. And we hope it helps prevent those awkward moments when your phone lights up the room,” details the social network.

Facebook said it focused on readability and information hierarchy when it came to designing dark mode for iPhone and Android. This means choosing colours near to system defaults, while also using colour and design elements to make certain information stands out.

Users on Android 10 and iOS 13 can enable dark mode by going to system settings. For iOS users, just go to Settings > Display & Brightness > Dark. Facebook says users on Android 9 and below can go into WhatsApp Settings > Chats > Theme and select Dark.

“We hope everyone enjoys dark mode, which is rolling out in the coming days on the latest version of WhatsApp,” explains Facebook.

The dark mode update for WhatsApp is live in the Canadian App Store and the feature works great, as described. Also new today are improved search options, which “allow you to filter by author and content type – so you can easily find that photo from mom.”

Dark mode for iOS was expected soon, as last month, WhatsApp beta testers saw the feature made available for testing.