WhatsApp Rolling Out Novi Crypto Payments to Some US Users

WhatsApp is testing cryptocurrency payments on its platform with the new Novi pilot. 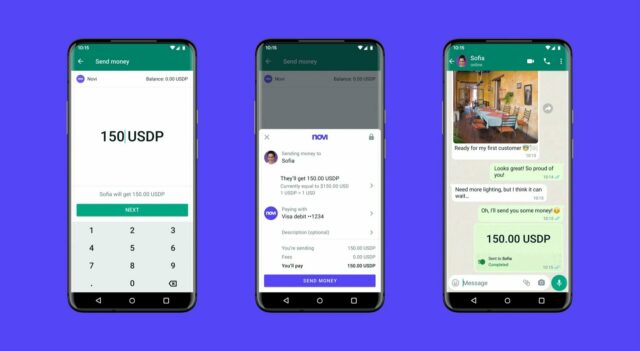 According to WABetaInfo, WhatsApp has a payments feature in India and Brazil that allows users to easily send or receive money using the messaging service. It was recently spotted that WhatsApp is working on bringing its payment feature to the United States with Novi integration, a digital wallet owned by Meta.

Marketing materials accompanying the announcement suggest trial users would be able to send and receive the USD-pegged stablecoin Pax Dollar (USDP). In October, Paxos announced that it would be joining Novi by letting users buy USDP through the digital wallet. Tokens bought this way are to be custodied by Coinbase.

There’s a new way to try the @Novi digital wallet. Starting today, a limited number of people in the US will be able to send and receive money using Novi on @WhatsApp, making sending money to family and friends as easy as sending a message. 💸💬 pic.twitter.com/dGz3lejri7

“Since we introduced the Novi pilot just six weeks ago, we’ve been able to test and learn which features and functionality are most important to people, and focus our efforts on making those even better,” Kasriel continued.

Sending a payment works much like sending any other attachment in WhatsApp. You access the feature via the paper clip icon on Android or the + icon on iOS, and then select “Payment” from the menu that appears.

Novi’s site notes there are no fees for sending or receiving money, no limits on how often payments can be sent, and no fees to keep a balance in your Novi account or to withdraw it to your bank account. Payments are transferred instantly.

The development doesn’t come as a surprise: Novi co-founder David Marcus previously said that Meta will roll out Novi payments to all of its subsidiaries, namely Facebook, Instagram and WhatsApp.