As spotted by the folks over at WABetaInfo, the latest WhatsApp beta for Android 2.22.3.1 shows the app will soon support playing voice notes in the background by introducing a new “global voice note player” feature. 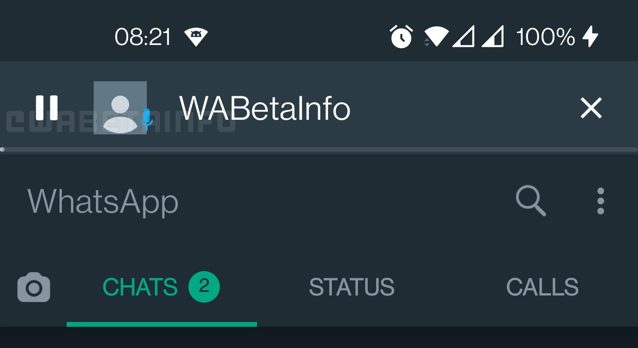 WhatsApp has been working on this feature for quite some time, according to the source, as the ability to listen to voice notes when you switch to a different chat was seen in a WhatsApp beta for iOS nearly 3 months ago.

The company was planning to introduce the feature on the Android app as well, but there was no news at that time. Now, WhatsApp beta for Android 2.22.3.1 has revealed that the ability to listen to voice notes everywhere is indeed coming soon.

“As you can see in this screenshot, when you start listening to a voice note, and you go back to your chats list, WhatsApp shows up a new UI interface that includes the ability to pause, resume, dismiss the voice note, and a progress bar.

Unfortunately, this is another feature under development so it’s not ready right now.”

The global voice note player will be released to beta testers at a later date.