WhatsApp has been spotted testing the iMessage-like message reactions feature yet again. 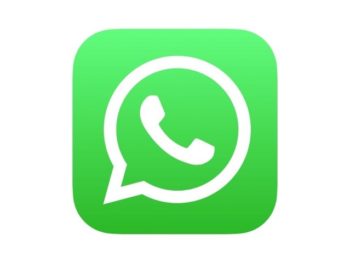 Reacting to messages can sometimes be a preferable option over replying, with apps like Instagram, Signal, and Google’s Messages allowing the feature for some time. While message reactions are still not available on WhatsApp, we do know that the feature is in the works.

Today, WABetaInfo has shared some screenshots of WhatsApp reactions, giving us an early preview of what the feature might look like once it goes live.

As seen in the images in the tweet below, WhatsApp users will see a row of emoji just above the message. It’s unclear whether users will have to long-press on a message or there will be a dedicated button next to the message to add a reaction. In any case, it looks like users will be able to choose from up to six emoji reactions, with the chosen reaction attached at the bottom of the message.

WhatsApp is readying message reactions (secured by end-to-end encryption) in a new upcoming update of WhatsApp beta for Android and iOS. 👍❤️😂😮😢🙏 pic.twitter.com/o9CMW6pnsN

Of the two images, the first one shows how this feature would be implemented on iOS smartphones, whereas the second is a screenshot from an Android device.

According to WABetaInfo, the message reactions will also be end-to-end encrypted, like messages themselves and their backups. The feature is expected to see the light of day in full in an upcoming WhatsApp beta update, on both Android and iOS smartphones.