Where to Buy an iPod Nano or iPod Shuffle in Canada

It’s the end of an era as yesterday Apple officially killed of its iPod nano and iPod Shuffle portable music players, a move everybody saw coming, since music now lives on our phones or it’s streamed. Apple’s website no longer lists these models and they aren’t available for purchase online.

If Apple doesn’t sell the Nano or Shuffle anymore, where can you buy these iconic iPods in Canada? Just hit up your local authorized Apple retailer, as stock is still available for some models in various colours.

Best Buy shows the iPod nano and iPod shuffle as available online and in-store, but only for select colours: 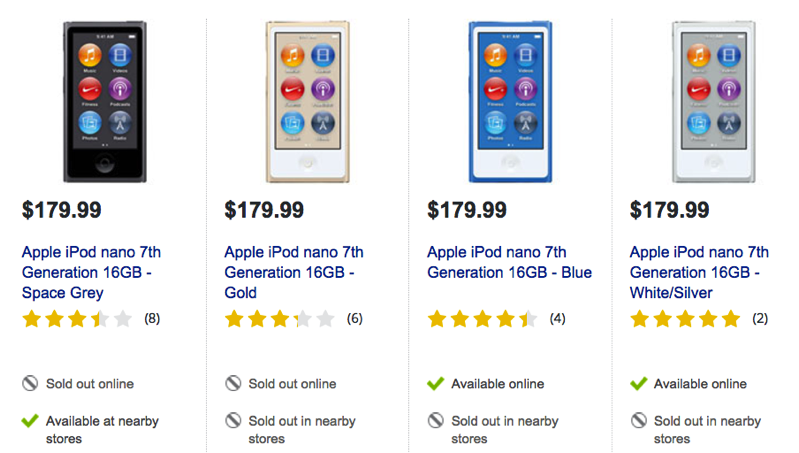 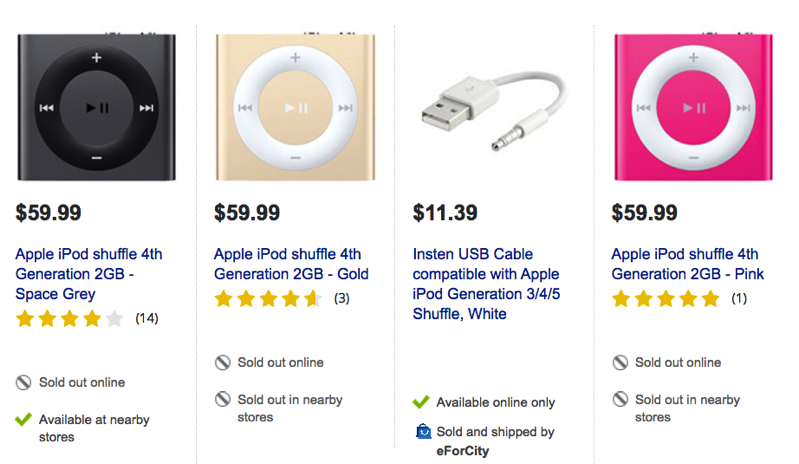 The Source has the nano and shuffle available as well and in-stock online, with the nano seeing a $10 off sale:

Staples has a similar sale on the nano, but $1 cheaper than The Source. The shuffle is also available: 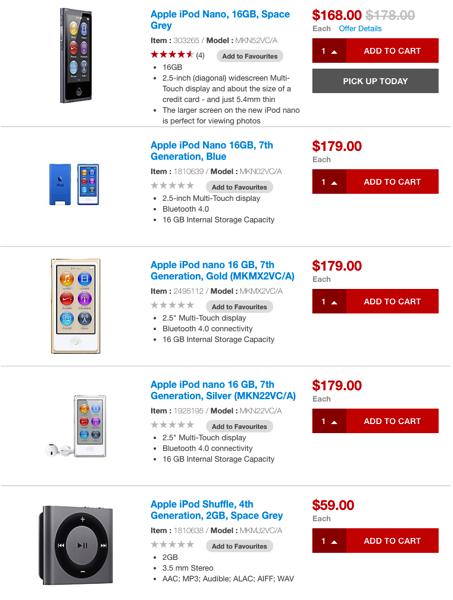 London Drugs has some colours of the nano available, while the same goes for the shuffle: 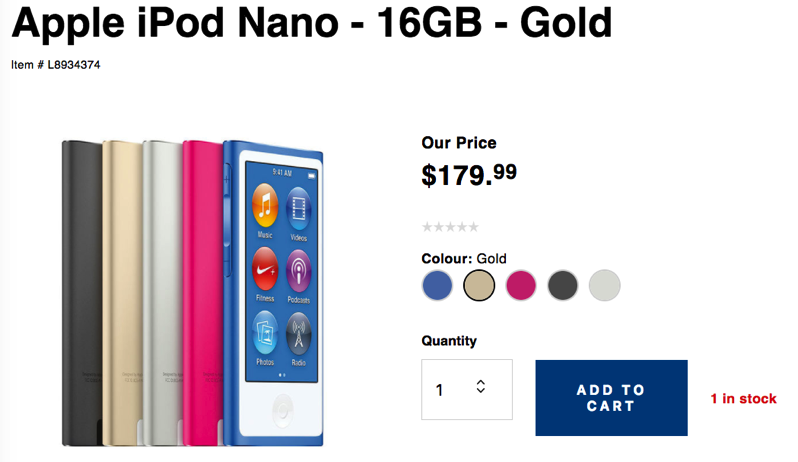 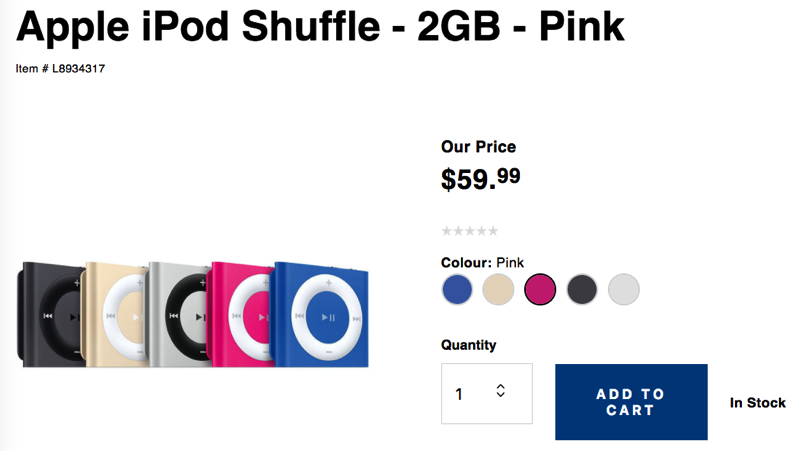 Walmart.ca lists some nano models as in-stock, while the shuffle is not available: 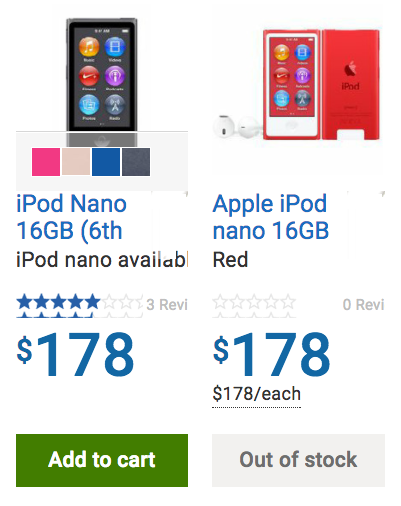 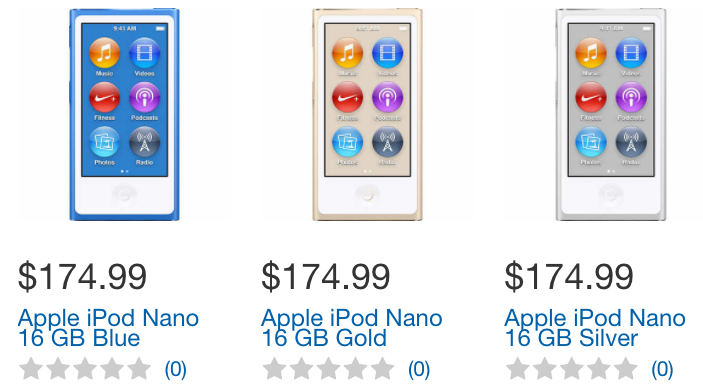 The cheapest price online we’ve found for the nano is over at Visions.ca for $158: 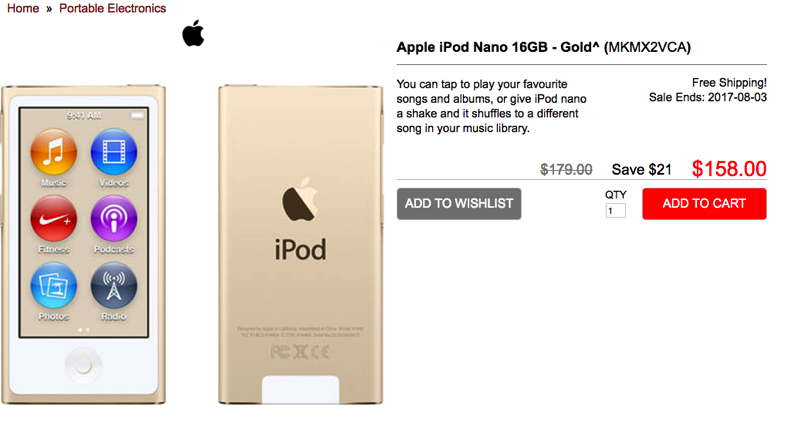 Again, check your local Apple authorized retailer and see if they have stock available, if you’re keen on nabbing one of these before they’re sold out. Apple’s refurbished store may restock the nano or shuffle at some point, and if it does, we’ll let you know.

You can also find these on sale on eBay, Craigslist and Kijiji if you’re desperate.

Are you still rocking an iPod nano or shuffle?