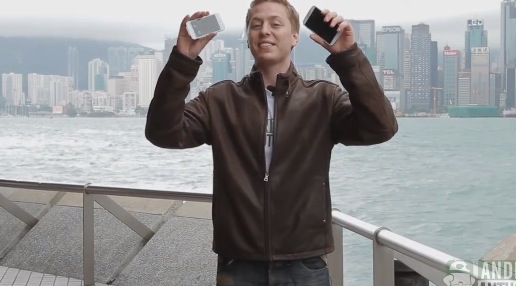 It’s that time again to watch yet another drop test from the folks over at Android Authority. This time they have put the iPhone 5 up against the brand new Samsung Galaxy S4 in their infamous drop test, done by the energetic Darcy LaCouvee in Hong Kong. Who wins this unscientific drop test?

There you have it. History repeats itself. The Galaxy S4 may be better than the S3 in most ways, but the build quality and resistance to damage appear to have remained unchanged. In fact, we will go out on a limb to say that the smaller bezels have actually diminished the robustness of the Galaxy S4.

The iPhone 5 passed another drop test with flying colors, emerging with only cosmetic damage. For what it’s worth, the screen of the Apple device did shatter when we tested it against the HTC One, but that’s another story.

So they conclude the iPhone 5 wins, yet again. Sorry Samsung!