According to a story from the Globe and Mail, New Year’s Eve is one of the causes for the most iPhones dropped into toilets, due to clumsy inebriated people.

One TELUS store in Toronto claimed January 2nd was their busiest day of the year because the line ups are people coming need new iPhones or cellphones. Why? Because the New Year’s Eve celebrations result in phones being accidentally dropped into toilets:

Stacey Otis is only one of many who have dropped her phone into the toilet at a bar while tipsy. “I always put my phone in my back pocket, so when I sat down it fell out,” she says. “It’s absolutely disgusting, even though I hadn’t gone yet. Because you have to think, ‘Do I want to get it out, or should I just leave it and flush it down?’ ” Like most people, Otis can’t live without her phone. “I just felt screwed. It’s like your life is down the toilet, literally.”

The folks from repair shop iRepair note the busiest days are after holidays when people are out drinking at bars and celebrating, along with Saturdays (post-Friday night partying). They normally see 20-25 customers come in on Saturdays with water damage to their iPhones:

The first question his employees ask is, “What kind of water damage is this?”

Of course, many are embarrassed to admit their phones were in a toilet. “A lot of our customers shrug and hem and haw and we just know what happened. Or they’ll say, ‘I dropped it in a puddle,’ or come up with some other lame excuse.”

For this reason, his technicians wear rubber gloves when they work on water-damaged phones.

Another repair shop iRepex also noted post-holiday periods are also busy times for water damaged iPhones. Most people lie about what happened when asked about their water damage because they are upset and embarrassed.

Apple implements water sensors so they can determine if a customer’s inoperable phone is the result of water damage. There are two sensors within the iPhone 5: one near the top of the phone and another by the bottom, as noted in the following images via iFixit: 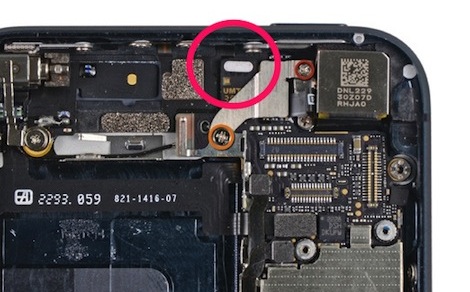 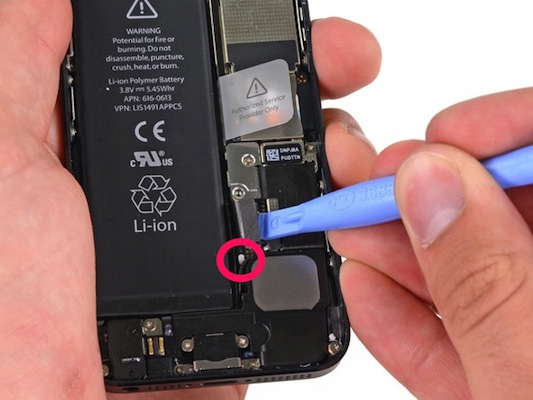 When water touches these sensors they will change to another colour, so if you’re lying about water damage you’ll be busted. A common solution that works for some is to submerge a water damaged iPhone into a bowl of uncooked rice as it’ll absorb the moisture from your phone.

Now that it’s New Year’s Day, the big question remains: how many of your dropped your iPhones into toilets last night (or “puddles”)?