Why Why Why Didn’t I Buy Apple Stock Years Ago?

Today Apple announced record-breaking revenues and iPhone and iPad sales, in their 2011 third quarter. In after hours trading, their stock even exceeded $400 US/share, reflecting the non-stop momentum of the past few years.

Thinking back to when world was coming to an end in the Fall of 2008, and Apple shares were available at $82 US/share. Apple stock was there and ready for the taking. Even when the worldwide economy started to rebound, the stock was still within reach for many.

Why haven’t we purchased any shares since then? The Joy of TechÂ reminds us below: 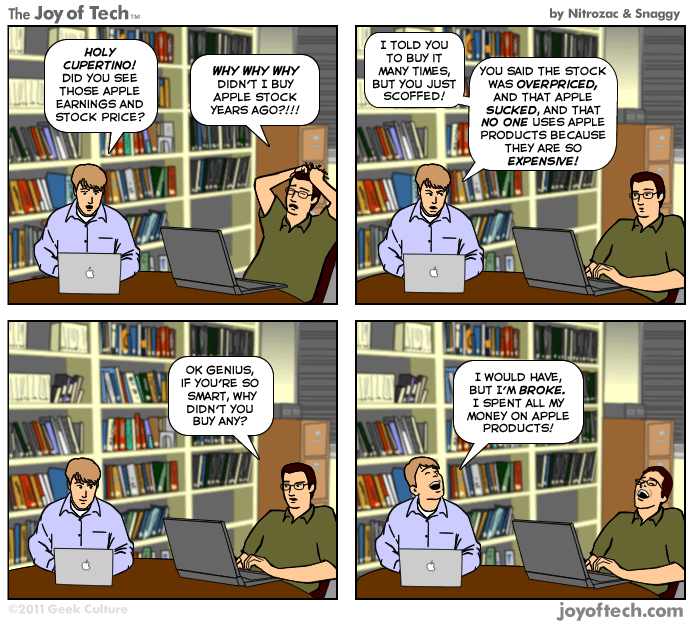 The Canadian Radio-television and Telecommunications Commission, the country’s broadcasting and telecommunications regulator, announced on Monday morning its website and phone lines are down for the count, in what appears to be an unscheduled outage. “Please note that our website, its related applications and phone lines are temporarily unavailable, we will update you as soon as […]
Gary Ng
1 min ago