Will it Blend? Apple iPhone 6 Plus vs Samsung Galaxy Note 3 [VIDEO] 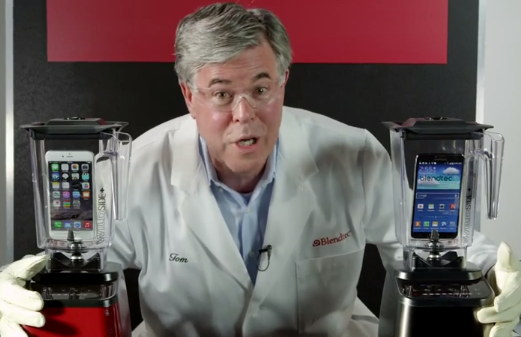 Blendtec has released the video you’ve all been waiting for—the ‘Will it Blend?’ edition of the iPhone 6 Plus, but this time it also demolishes the Samsung Galaxy Note 3 alongside Apple’s latest smartphone.

Don’t breathe in that ‘phablet’ dust!

This isn’t the first time we’ve seen the iPhone 6 Plus inside a Blendtec. YouTube channel RatedRR put one to the test, but was unable to blend it into dust like the video above.

Last year, the company also blended the iPhone 5s and iPhone 5c, part of its annual tradition of destroying the most popular products as part of a marketing strategy for their blenders. So. Much. iPhone 6 Plus. Destruction. Lately.