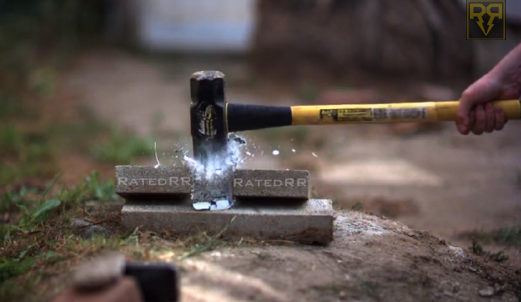 We’ve already seen the first iPhone 6 and iPhone 6 Plus drop tests, but those are starting to get ‘boring’ by now, right?? Here are a few crazy torture tests hitting YouTube right now, if you’re into these sorts of things.

The YouTube game has been upped and RatedRR has six torture tests coming, with two already being posted (their slow motion work is super impressive). Here, iPhone 6 models face liquid nitrogen (like the T1000) and another goes inside a BlendTec.

YouTube channel TechSmartt drops their iPhone 6 inside an OtterBox case from three stories high via a drone:

…and another straight up water test with the stopwatch running:

Other classic drop tests performed by TechSmartt also include the iPhone 6 inside new Apple leather and silicon cases:

…and another straight up drop test:

Have you dropped your iPhone 6 or iPhone 6 Plus yet by accident? You might want to pick up a cheap SPIGEN case from Amazon.ca, as many are on discount right now starting at $9.99.