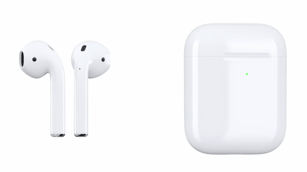 This would differ from the Apple Watch, which uses a modified version of the Qi standard that only works with Apple’s official magnetic charging cable and dock, and MFi-certified third-party docks with magnetic chargers. Apple Watch Series 3 models technically work with select non-MFi chargers too.

The report comes from the same source that recently leaked photos of an alleged prototype of Apple’s faster 18-watt USB-C power adapter for 2018 iPhones, while also claiming that Apple’s AirPower wireless charger will hit the shelves next month for around $149 in the United States or CAD $199 in Canada.

The source also claimed yesterday that all three iPhones expected to be released in 2018 will feature wireless charging, including an all-new 6.1-inch iPhone, making them all compatible with AirPower.

Netflix has made good on its warning of an impending crackdown on account password sharing in early 2023, explaining its new rules in a Help Center article (via The Streamable). According to Netflix's estimates, more than 100 million users across the globe use another person's Netflix account to access the service. Netflix hopes that implementing...
Nehal Malik
11 mins ago