China Labor Watch has published a new report this week, which details continued workers’ rights violations at factories owned by Pegatron, one of Apple’s largest iPhone suppliers who is currently manufacturing Apple’s upcoming ‘iPhone 7’ (via 9to5Mac). The industry watchdog has also pointed out similar workers’ rights issues by Foxconn in the past, and today’s report is a follow up to investigations it has been conducting since 2013. 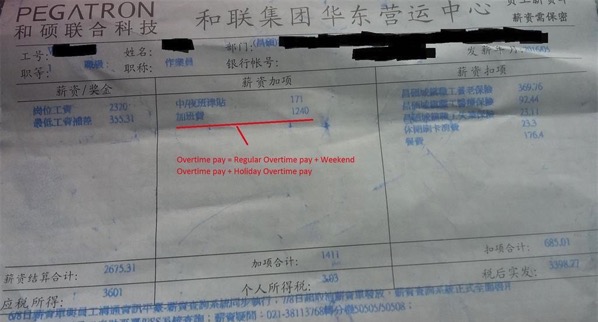 The report highlights that labor conditions at Pegatron are illegal with workers being forced overtime hours, since the wages are too low for employees to live on without working overtime. It also discovered out interns working excessive overtime hours and found employees on production lines who were required to arrive early were unpaid for the extra time.

Below are the highlights from the report: