According to an analysis by the experts over at ComputerWorld, Apple’s use of the new PCIe solid-state drives in the 2016 MacBook Pro has nearly doubled the read/write performance as compared to last year’s model, making it the highest performing stock system in the world. The PCIe SSD on a 2015 13” MacBook Pro boasted peak sequential read speeds of 1.3GBps and max write speeds of 1.4GBps. The 2016 MacBook Pro however smokes these numbers. 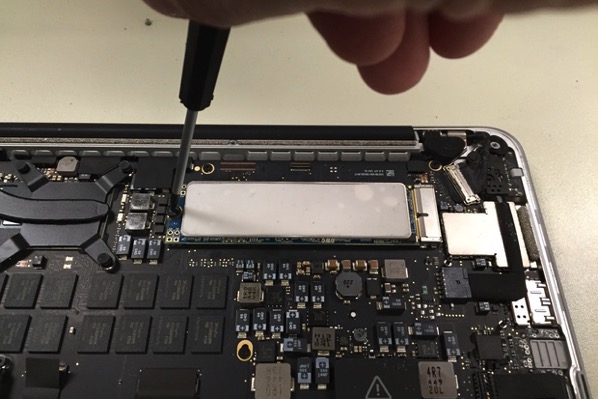 Looking at the specs, the 2016 13″ MacBook Pro claims to have sequential read/write speeds of 3.1Gbps and 2.1Gbps per second, respectively. Similarly, the new 15″ MacBook Pro ups the write speeds to 2.2Gbps, while the reads remain the same as the 13” model. The newest PCIe SSDs use the NVM Express (NVMe) or Non-Volatile Memory Host Controller Interface Specification, which is a logical device interface for accessing flash storage via the PCIe bus.

“With regard to PCIe, Apple has been a pioneer when it comes to PCIe/NVMe storage,” said Jeff Janukowicz, research vice president at IDC. “They were the first PC company to broadly adopt it across its laptop portfolio while other companies today are still just using it in a very limited portion of their PC lineup.”

By adopting the PCIe/NVMe standard, Apple has been able to deliver higher performance in terms of read/write speeds and latency when compared to traditional SATA-based PC designs, “thus, making the new MacBook Pro more responsive and faster,” Janukowicz said.

To put things into perspective, the best consumer SATA III SSDs today become saturated at about 500MBps. Apple made the logical choice of settling on PCIe SSDs instead, as the price for these controllers are already approaching those of SATA controllers.