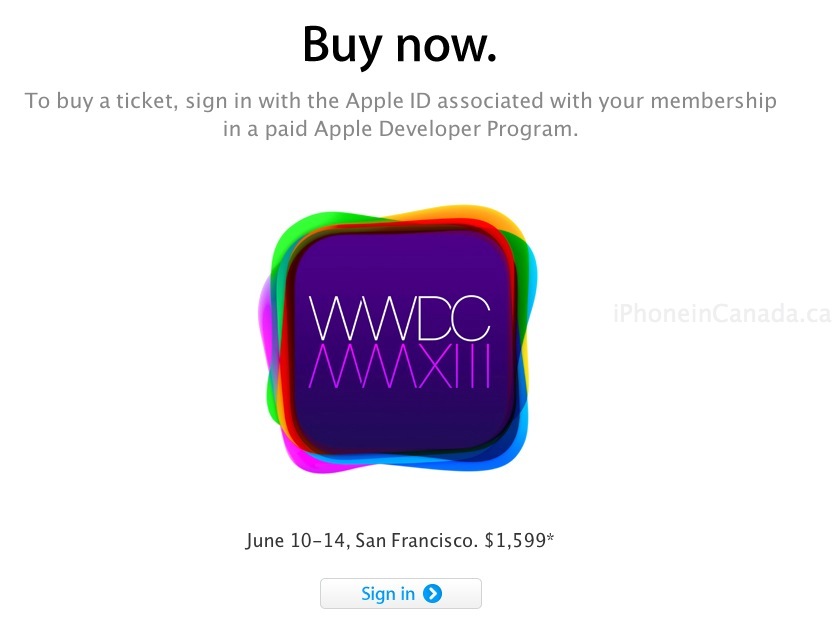 WWDC 2013 dates were announced yesterday by Apple, set to take place from June 10-14. Tickets are now on sale as noted by Apple yesterday, at the cost of $1,599 USD each. Important info is below:

Purchasing
Ticket purchases are limited to one (1) per person and five (5) per organization. The same credit card may be used up to five (5) times to purchase all of the tickets for your organization. However, each team member must sign in with their own Apple ID and purchase their own ticket.

Update 10:02AM: Okay, apparently tickets are sold out already? 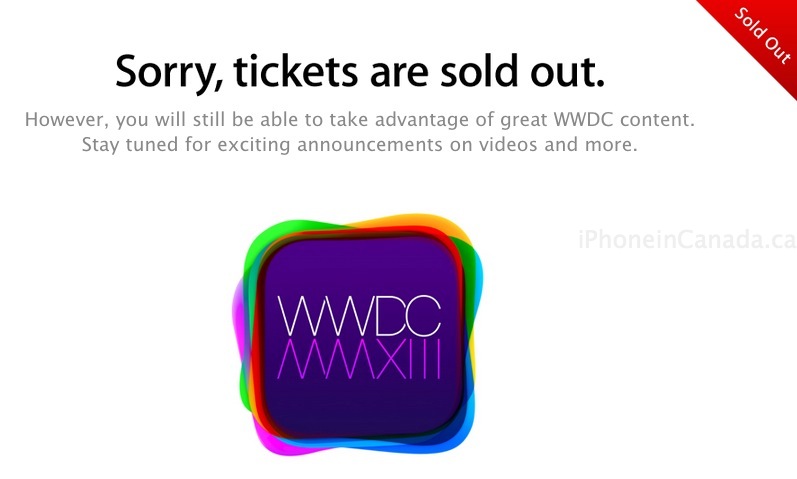