Earlier today we saw the first iOS 8 banner posted within Moscone Center in San Francisco in preparations for Monday’s WWDC 2014 keynote. Now, The Verge has posted the first banner up for OS X 10.10 (codenamed Syrah), which looks to be an image of Yosemite National Park, hinting at the next operating system’s name:

Apple begins putting up a banner for the next OS X, which looks like Yosemite national park in California. 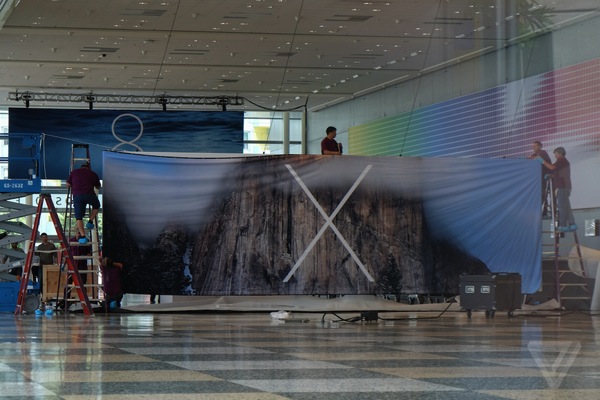