With WWDC 2014 set to kick off on Monday, all eyes are on Apple—and their building decorations at Moscone Center that is. Earlier this week WWDC 2014 banners and decorations started to grace the venue in San Francisco and this morning, the first banner of iOS 8 has appeared, confirming the obvious.

The banner was first tweeted out by Jay Yarow from Business Insider. As you can see from the image, the security guard looks perplexed and so does one of the installers. Insert your favourite caption below: 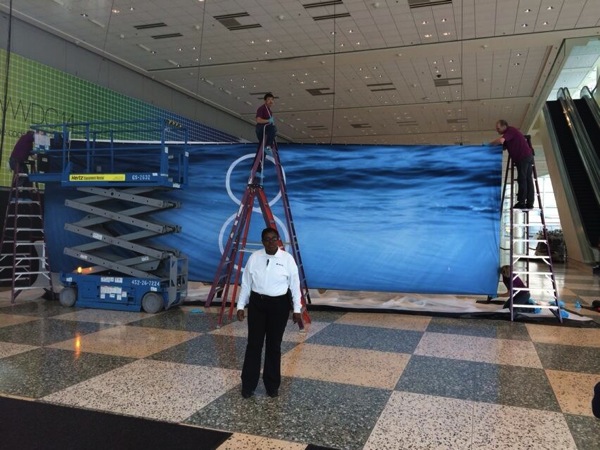 That was the first time I ever got waved away by Apple security while taking pre-event photos.

Expect Apple to preview iOS 8, OS X 10.10, talk about Beats Music and possibly feature some new hardware at the keynote, which kicks off on June 2 at 10AM PDT—streamed live for all to see in its glory.