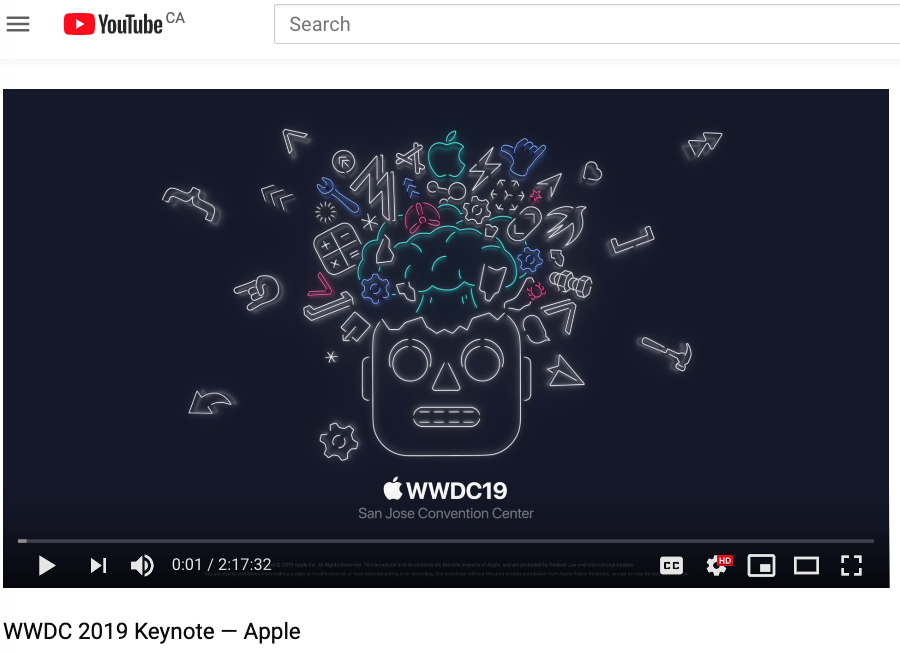 After making its WWDC 2019 replay available on their website, Apple has now added the keynote to its YouTube channel, making the video accessible everywhere.

The company uploaded the video yesterday, but the video had an error of some sort on YouTube. The keynote replay works fine now and you can check out major announcements at specific points of the presentation below:

You can click here to check out all of our WWDC 2019 coverage and related articles.