Ahead of tomorrow morning’s WWDC17 keynote at 10AM PDT/1PM EDT, developers have started to check in at the McEnery Convention Center in San Jose, California.

Every developer has a WWDC badge to pick up, along with a wristband. This year’s swag also includes a custom Levi’s denim jacket with “WWDC17” embroidered on the front pocket, plus Apple is handing out custom pins as well, showing the classic company logo, a “hello” (from the 1984 Mac), the 1984 Macintosh logo, emoji with sunglasses, a thumbs up emoji, plus the Swift logo. Developers also get a pin representing the flag of their home country.

Check out the image shared of the swag below by Dashlane developer @sanaasqualli: 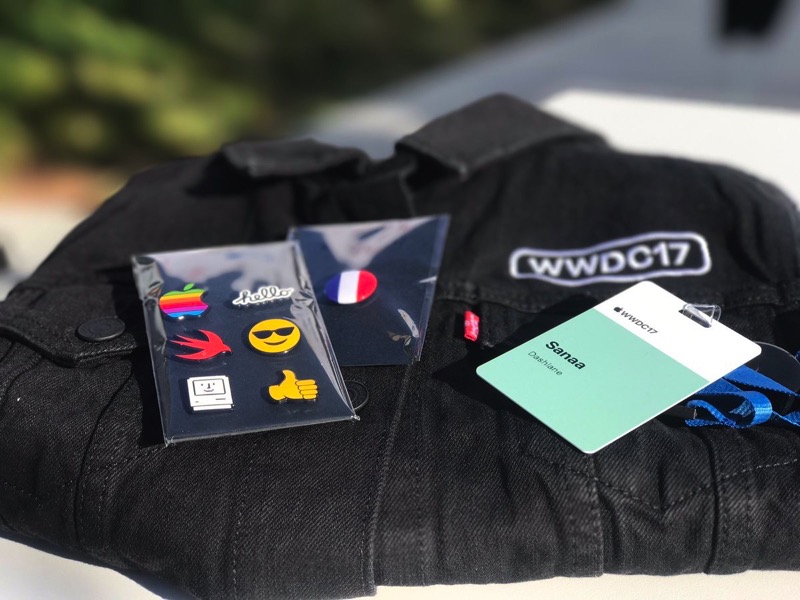 Here’s another look at the Levi’s jacket courtesy of @bontouch: 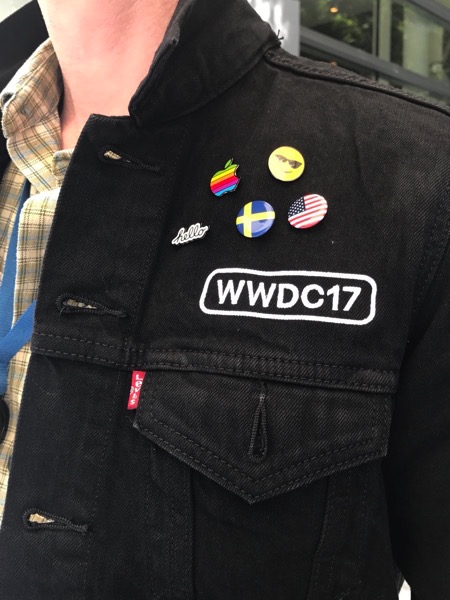 WWDC SWAG IS DOOOOPE THIS YEAR

Jessie notes these custom Levi’s trucker jackets also were made with women’s sizes as well. The jacket’s interior also includes two large pockets, which are “more than large enough to fit an iPhone 7 Plus.”

Apple may introduce new Macs, iPads and possibly a Siri speaker tomorrow. We’ll have to wait and find out on the live stream.