Microsoft has announced today it is now allowing Xbox owners in the USA control their console with their voice via Cortana and Alexa virtual assistants:

Today, starting with select Xbox U.S. Insiders, we’re expanding voice support by introducing the Xbox Skill, which enables you to navigate and interact with Xbox One using voice commands through your Cortana and Alexa-enabled devices. 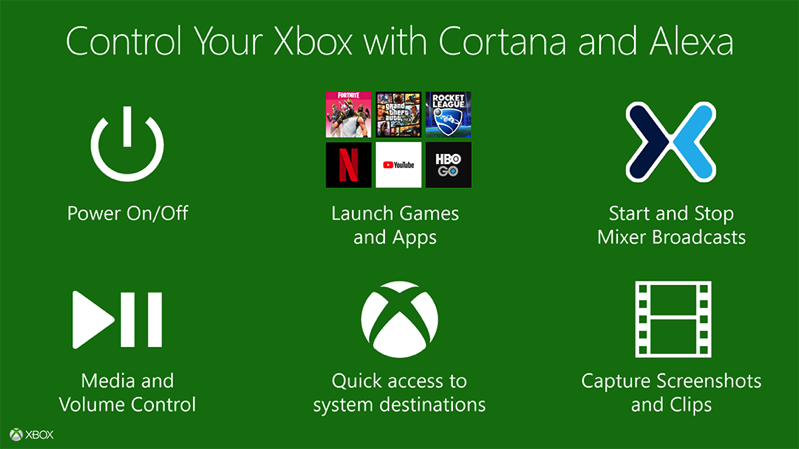 The Xbox Skill will let users perform the following commands with Alexa or Cortana, for example:

Microsoft explains, a customer with the Xbox Skill enabled on their Echo speaker could say “Alexa, start Rocket League,” and the command would automatically turn on your Xbox, sign you in and launch the game. Those part of the Insider preview in the USA will be able to do this today.

Sadly, this new Xbox Skill is only available in the U.S. at launch, but should eventually expand to Canada.