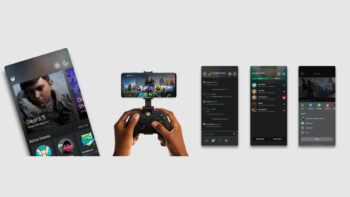 Gone are the days of using intricate hacks to play Xbox games on your iPhone or iPad – Microsoft is bringing you an official solution. According to Engadget, mere days after releasing the remote play feature to Android users, Microsoft confirms the feature is currently being tested on iOS devices.

In the latest beta of the Xbox app for iOS, users can connect their iOS device to their Xbox (One and up), and play any game that’s already on their console directly on their iPhone or iPad.

Doesn’t that sound an awful lot like Microsoft’s xCloud service, though? Well, the key difference between the two is that remote play on the Xbox app runs games directly on your console and simply streams them to your iOS device (much like Sony’s Remote Play app).

Tom Warren at The Verge, who’s had an opportunity to play around with the new Xbox app, remarked that the app seems pretty solid and that we should expect it to roll out to the App Store soon.

Microsoft, in stellar Microsoft fashion, has been less than vocal on a timeline for this feature to go live. Hopefully, though, we’ll see the feature launch alongside or around the same time as Xbox Series S and Series X.