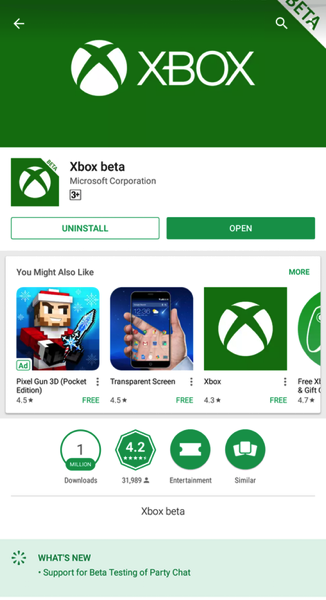 According to a report by Engadget, a new beta of the Xbox phone app has been released today by Microsoft, which includes support for party chat on mobile devices as well. However, even though the Xbox app is available for both iOS and Android, the new beta appears to only be available for Android devices.

While there is no official word yet from Microsoft regarding the feature, the update was first highlighted by a user on Reddit.

Microsoft updated the Party Chat feature in an earlier update, allowing its use during Twitch broadcasts as well as the ability to listen to conversations through your headset and speakers at the same time. The Party Chat limit was also expanded from 12 to 16 people.

As of now, there is no word when this update will be available for iOS users.