Yahoo! Esports is a brand new app for iOS, that promises to be the “premiere destination” for sports content, including real-time tournament broadcast coverage, breaking news, highlights, and league scores for all your favorite games. The app, which is now available as a free download in the App Store, lets you watch video highlights, get expert commentary, tournament analysis, competitive strategy, alerts and live scoring for every match. 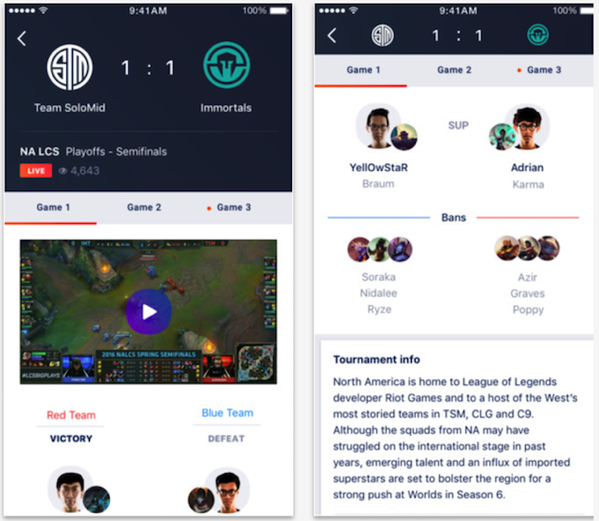 The Esports app covers games from various genres including ‘League of Legends’, ‘Dota 2’, ‘Counter-Strike: GO’, ‘Heroes of the Storm’ and ‘Street Fighter V’. While the iPhone version is largely the same as the existing web and Android apps, it does come with one unique “reminders” feature, which lets users set alerts for themselves and receive push notifications when a match is about to begin.

If it affects the game, we’re on it and bringing it to you first!

According to a recent research, the esports market is set to grow to $463 million this year and hit $1.1 billion by 2019.