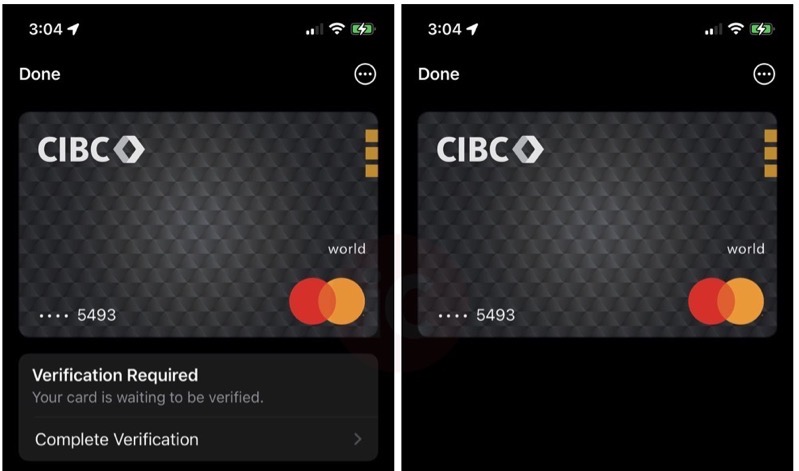 Back in March, CIBC announced it would be launching Apple Pay support for the Costco Mastercard, which the bank now runs as part of acquiring the latter from Capital One in the fall of 2021.

CIBC said Apple Pay would be coming in “late May” but as of earlier this week, the bank started enabling the mobile wallet for iPhone users, we can confirm.

The CIBC Costco Mastercard offers up to 3% cash back and has no annual fee, while it also combines your Costco membership card as well. The card offers additional insurance benefits such as mobile device insurance and purchase security and extended warranty insurance.

Update May 12, 2022: CIBC confirmed to iPhone in Canada that new clients can add their Costco Mastercard to Apple Pay and Google Pay mobile wallets right away. Clients transferred from Capital One will be gain mobile wallet functionality in “late May”, or the next few weeks, we’re told.

Streaming service FuboTV announced on Wednesday it has launched three Disney channels within its Premium package. Available now are the Disney Channel, Disney Junior and Disney XD. According to FuboTV, these new Disney channels are part of the company’s partnership with STACKTV, which began last year and added Global, HGTV Canada, Food Network Canada, W Network, […]
Gary Ng
26 mins ago

Netflix has made good on its warning of an impending crackdown on account password sharing in early 2023, explaining its new rules in a Help Center article (via The Streamable). According to Netflix's estimates, more than 100 million users across the globe use another person's Netflix account to access the service. Netflix hopes that implementing...
Nehal Malik
52 mins ago