Back in January of this year at CES, Schlage announced its Encode Plus smart lock with Apple HomeKey support, allowing iPhone and Apple Watch users to just tap their devices on the lock to enter their homes, leveraging the NFC connection in the latter devices.

It’s now available for purchase in Canada, showing at $399 for pre-order from Home Depot with a launch set for November 17, 2022. HomeDepot.ca says limited quantities are available. Previously, the website said “coming soon”, but only recently changed to “buy now” as of today.

Back in April, a few units of the Schlage Encode Plus were available on Amazon.ca but quickly sold out, and were subsequently delayed.

Beyond Apple HomeKit and HomeKey support for this Wi-Fi smart deadbolt, you can also control it with Alexa or Google Assistant using your voice.

The Schlage Encode Plus uses an encrypted connection while there is a built-in, customizable alarm for door movement and forced entry attempts. The front has a fingerprint-resistant touchscreen and there’s a traditional key slot as well.

Various designs of the Schlage Encode Plus are available, from modern to traditional lock styles. 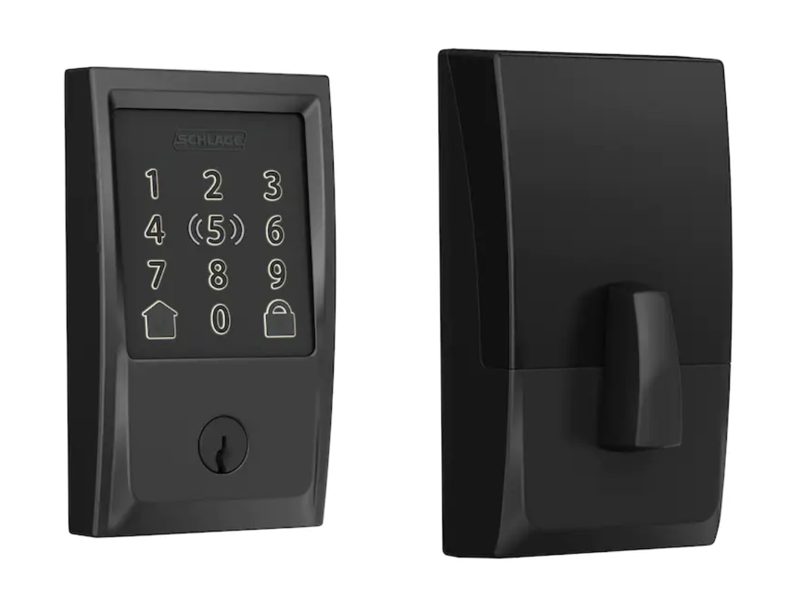 The older generation Schlage Sense from 2015 with Apple HomeKit support is available for $298.99.

Update Nov. 24, 2022: Schlage told iPhone in Canada the Encode Plus remains in limited release in Canada. The official Canadian release will be in 2023.