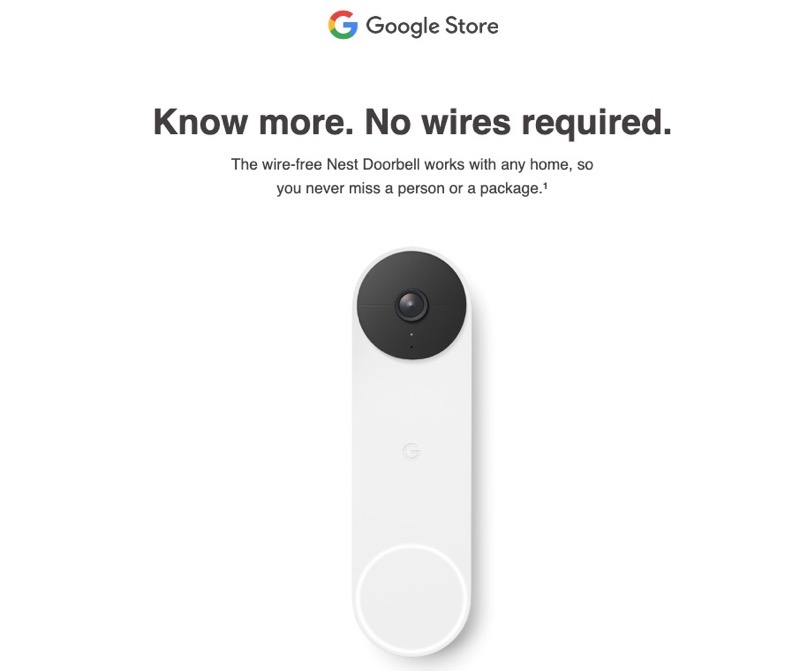 Earlier this month, Google announced its next-generation Nest Doorbell and Nest Cam, offering a battery-powered option for these security products.

The new 2021 Nest Doorbell with battery (and included wired connection) is now available for purchase in Canada at $239.99 CAD.

The new Nest Doorbell now processes object dection on-device, bringing features that previously required a subscription. You can now get Activity Zones, smart alerts and person detection included at no cost, while built-in storage offers 3 hours of event video history. This works out to about 3 weeks of events should your power get cut out or Wi-Fi network goes down.

The Nest Doorbell now has a slightly taller 3:4 ratio for a taller view to track your packages, along with a new thinner and taller design as major changes. Night vision, 6x zoom and HDR images remain, compared to the previous Nest Hello, plus it’s now also $60 cheaper than before.

We’ll have more on the new Nest Doorbell with battery soon, stay tuned.