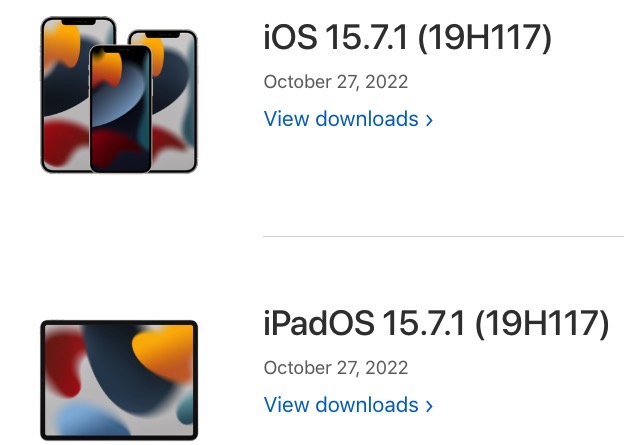 The following example devices can download iOS and iPadOS 15.7.1:

According to Apple, iOS 15.7.1 and iPadOS 15.7.1 bring “important security updates and is recommended for all users.”

You can update your devices by going to Settings > General > Software Update.

Update: noted this update is also for those devices that do not want to update to iOS 16.