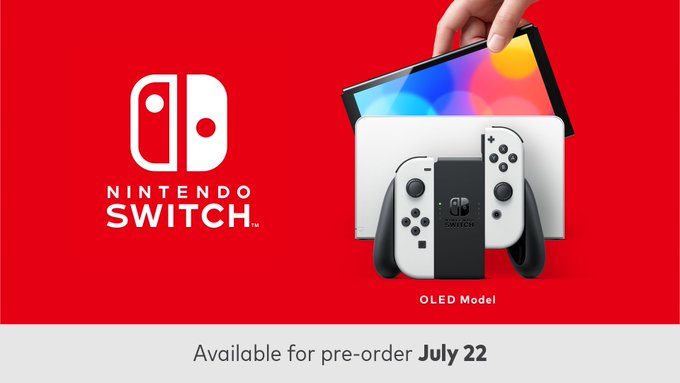 There are two colours available for the Nintendo Switch OLED controllers: white or neon red/blue. The white controllers come with a white dock, while the red/blue controllers include a black dock.

As for game compatibility? “Nintendo Switch system (OLED model) is compatible with the full library of Nintendo Switch games. However, the system will not cleanly fit within all the design parameters of the Nintendo Labo series,” explains Nintendo. “There may also be games where the game experience may differ due to the new capabilities of the console, such as the larger screen size,” added the company.

The Nintendo Switch OLED release date in Canada is October 8, 2021, the same day as the release of Metroid Dread. The company announced details of the refreshed gaming console earlier this month.

The Nintendo Switch OLED pre-order will cost $449.99 and will soon hit BestBuy.ca and other retailers.

P.S. – The Nintendo Switch Animal Crossing: New Horizons Edition is currently on sale for $20 off at $379.99 on Amazon.ca.

Update July 15: Nintendo Canada told iPhone in Canada in an email for customers to “check with your local retailers who will be releasing more information soon.” It appears today’s pre-order was only in the United States.

The Canadian Radio-television and Telecommunications Commission, the country’s broadcasting and telecommunications regulator, announced on Monday morning its website and phone lines are down for the count, in what appears to be an unscheduled outage. “Please note that our website, its related applications and phone lines are temporarily unavailable, we will update you as soon as […]
Gary Ng
18 mins ago