YouTube for iOS Now Lets You Stream from the iPhone Screen

YouTube for iOS was updated today to support Apple’s ReplayKit API, which means users can now stream what’s on their iPhone screen to YouTube.

Here’s the description of ReplayKit from Apple’s developer documentation:

Using the ReplayKit framework, users can record video from the screen, and audio from the app and microphone. They can then share their recordings with other users through email, messages, and social media. You can build app extensions for live broadcasting your content to sharing services.

According to TechCrunch, only those with 100 subscribers on YouTube can live stream from their smartphone’s camera using the YouTube iOS app (and on Android). YouTube dropped the requirement from 1,000 in April. 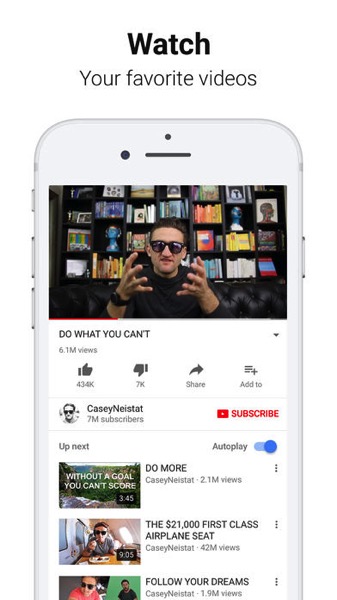 With today’s support ReplayKit, iPhone users can stream what’s showing on their iPhone screen with YouTube for iOS—and YouTube Gaming for iOS.

YouTube has also launched ultra-low latency, which will allow videos to stream with a couple seconds of latency for smoother streams and for better real-time interaction.

The update is rolling out worldwide today, and finally brings homescreen sharing to iPhone users (thanks to ReplayKit support), as prior it was only available for Android.

Last week, YouTube unveiled a new logo for the first time in 12 years, while back in January the video site rolled out an iOS sharing feature for users in Canada only.