YouTube has started rolling out its built-in share feature for users in Canada. The new Shared tab which had been undergoing tests for months can only be accessed via an invite system outside Canada. 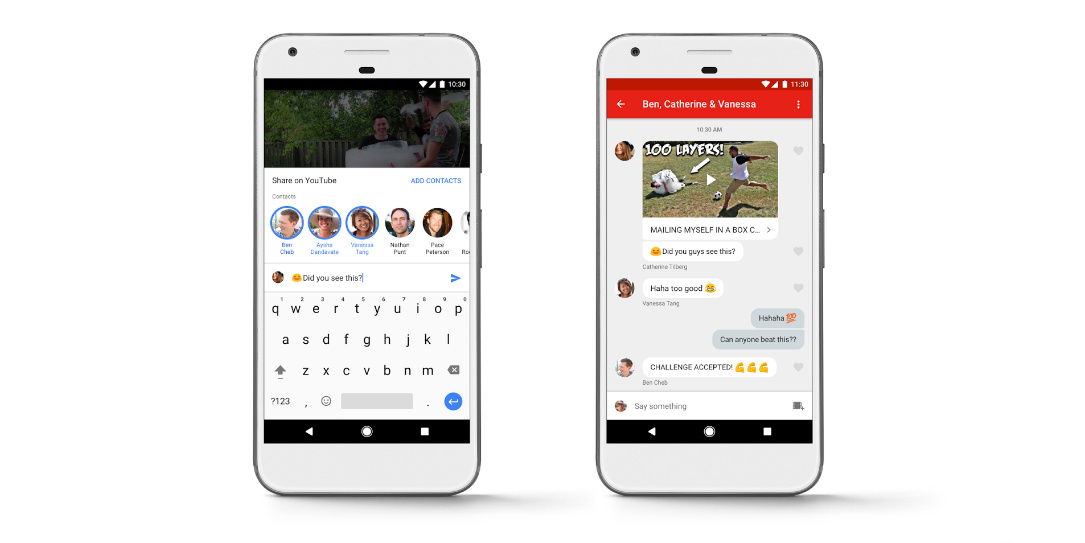 While YouTube did allow the users to create a profile, playlists, and comment on videos in the past, it has taken another major leap forward with the arrival of the “sharing” feature. The feature allows users to share their favourite videos with their friends, though it is possible only after you add your family and friends as your contacts. Google’s blog post goes into more detail:

Starting today, when opening the YouTube mobile app, signed-in users with a channel will see a brand new Shared tab. Tap the tab and you’ll be able to add your friends and family as contacts, so you can share with them. Not only can you share and receive videos in the app, you can also chat about them right on YouTube, reply with another video, invite others to the conversation, and more. We think it’ll make sharing easier, faster and more fun on your phone. And of course, if you want to continue sharing videos through other apps, you can still do that too.

Because the new social functionality essentially acts like a chat platform — including the ability to name rooms — participants can also use the in-app feature for basic things such as sharing links or making plans. When a YouTube video is shared in the room, users can move the video around on the screen so they can keep chatting while watching.

“We thought this was a nice way to expand and really answer a need that exists in the market,” said Ben Yair, a San Francisco-based product manager for Google.

Canada has been chosen as the first country to try out this app because Google states that when it comes to mobile devices, Canadians share YouTube videos 15% more often than other global users. Interestingly enough, what makes this even more interesting is that if one lives outside Canada, this feature is invite-only. Time to start messaging your Canadian friends for invites!

Check out how it works in the video below.