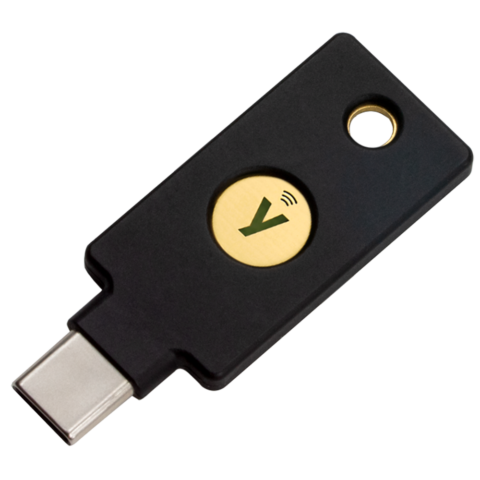 Yubico has launched its new ‘YubiKey 5C NFC’ security key, featuring USB-C and NFC support. According to the company, this is the first multi-protocol key to support smart cards.

Announced today, Yubico is adding a new device to its Series 5 family. The YubiKey 5C NFC now gives users the freedom of choosing between plugging their security key into a device via USB-C or tapping the key on a device with NFC support. As with other YubiKey’s the 5C NFC is a two-factor authentication tool, adding extra security to the passwords of users. As MacRumors reports, the YubiKey 5C NFC is available starting today.

The YubiKey 5C NFC is said to be compatible with all major browsers and operating systems including macOS, Windows, iOS, Android, and Linux. YubiKey is also compatible with password management apps such as 1Password and LastPass.

The use of a YubiKey bypasses the need for a text message-based two-factor authentication that is quite commonly a hassle when logging into an account or otherwise. Those messages also run the chance of being compromised by hackers. A physical key used for unlocking could potentially be more secure in that vein.

The YubiKey 5C NFC is available for $55 USD, a small bump of $5 more than the YubiKey 5C, which does not feature NFC support.