Attention Golfers! I have the ultimate Golf app for you. If you Golf casually or seriously, GolfCard for iPhone is your ultimate golfing companion.

GolfCard is an extremely detailed all-in-one application that includes a ton of features and options that are useful during play. The app can even assist you in improving your overall game.

GolfCard includes over 25,000 golf courses worldwide, which is wonderful but I wanted to see if the app could find courses near me. Well, the app did not disappoint as it located every single available course near me and even so far as to locate the smaller Pitch ‘n’ Putt courses. However a feature that stood out for me is the ability to add your own courses if for example there is one nearby that is being developed.

The app also brings scoring to the iPhone. You can say good-bye to paper and those tiny pencils and begin scoring in style. It may not sound like much, but people provide some pretty amusing faces when they see you are taking score on an iPhone. You may have any number of players recorded per round and can record all of the typical items that you would normally record plus a lot more. I will list some of the items below: 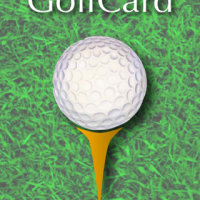 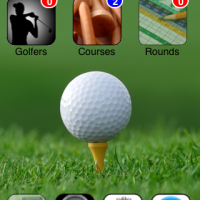 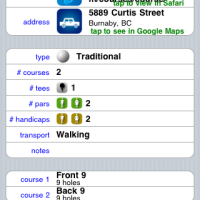 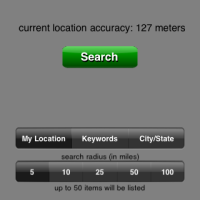 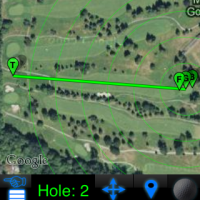 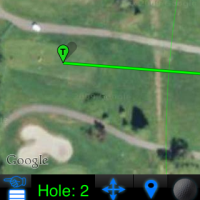 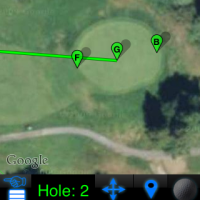 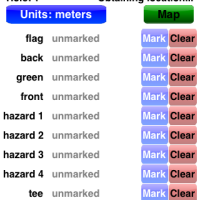 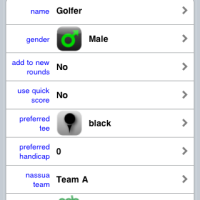 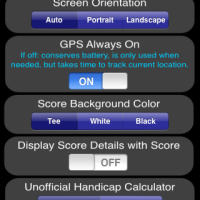 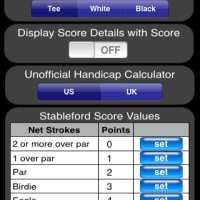 The app also automatically calculates the Green in Regulation, sand saves and up-and-down. What is beneficial here is that if you can record all of these statistics, over time, this can improve your game. The app even goes so far as to provide statistics per round, per course and calculate your handicap index based on previous rounds.

GolfCard also introduces a Range Finder, which is my favorite feature. The Range Finder includes a ton of functionality. It provides you with up to 10 markers per hole, satellite viewing modes of the tee, fairway and green, pinching/zooming finger gestures and using your finger to see distances to any point from your current location. That last feature is particularly useful if you have difficulty choosing which iron to use for a certain shot.

GolfCard also includes useful course area information such as directions with Google maps and address and contact numbers for the courses.

Overall GolfCard provides a very large feature list with many options within each. The app has extremely detailed course information and allows you to record your own statistics during the game, as well as calculating some for you. The only downside is the app can overwhelm casual players with the amount of functions and information included.

You can check out GolfCard in the iTunes App Store for $7.99.

You can also try the Lite version without the Range Finder and only storage of two rounds, in the iTunes App Store for $0.99.

Well golfers, I am going to giveaway two (2) copies of GolfCard today! To win, just comment below on the following:

1.) What is one thing that GolfCard could do for you during your game?