With yesterday’s announcement of Netflix Canada, there were some questions about integration with the latest Apple TV. The Netflix Canada website makes no mention of support for Apple TV. However, Apple.ca has recently been updated to include mention of Netflix on the Apple TV portion of the website.

Check out the images below from Apple.ca: 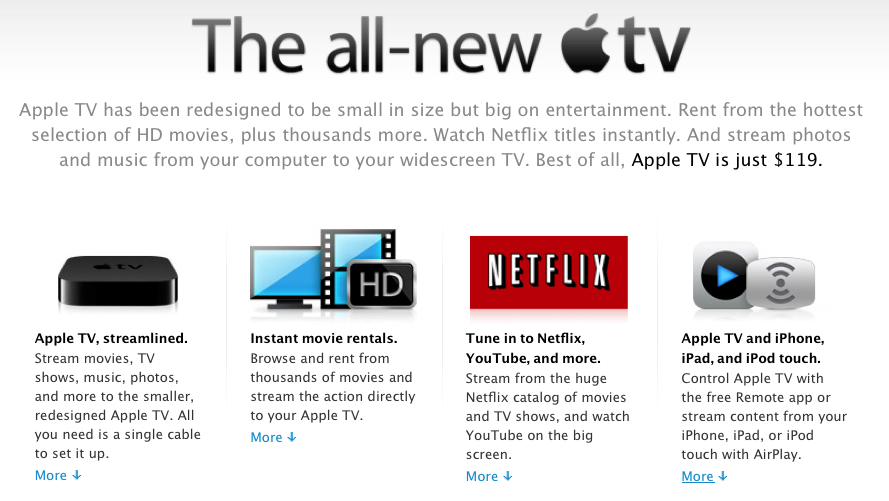 If it’s on Apple’s website then you know it’s coming. Did you pre-order Apple TV?

Thanks to Mr. Speedy for the heads up!