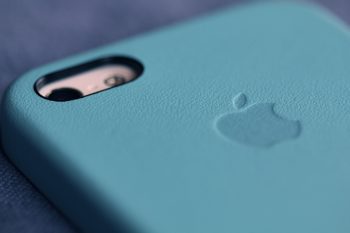 When Apple announced the iPhone 5s, it also unveiled a new leather case for the phone and the iPhone 5. The case comes in 6 colours – blue, yellow, black, beige, brown and red.

As you’d expect from Apple, the build quality is really nice. The leather is soft and feels really nice when you’re holding it. Of course with leather, you’re likely to see some discolouration as you use it — and the lighter the colour you choose, the more it’ll likely chose dirt, scratches and regular wear and tear.

Here’s my quick video review of the blue case that I’ve been using since September 20th.

There is a lot to like about Apple’s case for the iPhone 5/5s. The build quality, feel, and look are big pluses. However, as I mentioned in the video, I find the buttons less than responsive. I have to push the sleep/awake or volume buttons much harder than I like. They feel almost squishy. I’ll be interested to see if over time they break in more and become more responsive. If they do, I’ll be sure to provide an update.

Roku is bringing its Roku Ultra streaming box to Canada following its successful launch in the U.S. The Roku Ultra offers the ability to stream 4K content with all the bells and whistles we’ve grown to expect from the company. However, this new set-top streaming unit also includes some pretty neat quality-of-life improvements and design...
Steve Vegvari
1 day ago