Are you a Digg user? Digg is either the biggest time waster or the source of ‘hot’ tech/geek news on the interwebs. Currently I use the app Shovel to surf Digg, but it looks like today will be the debut of the official Digg iPhone app.

According to Mashable on the Digg app:

Now, Diggers will finally get a native application that supports browsing popular, upcoming, and recent stories across topics, as well what looks like the ability to Digg and bury stories from within the app. Each story also appears to have options for navigating comments and related stories.

Here are some advance screenshots of the digg iPhone app: 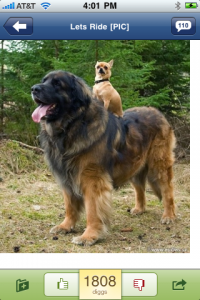 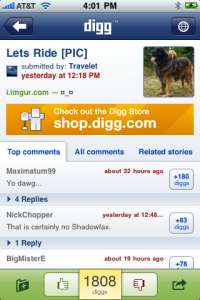 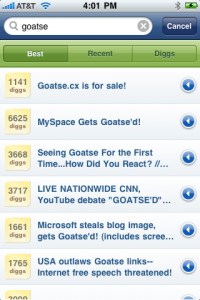 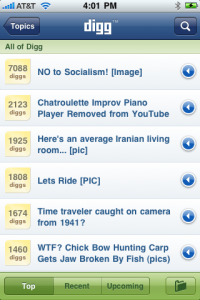 The Digg iPhone app should hit the App Store sometime today. Just a friendly warning to never, ever, search for ‘goatse’. You don’t want to know what it is!