Google has launched a new photo-sharing service called Photovine, and the app has launched only for the iPhone so far. But, knowing Google and their ways this service is invite-only at the moment, similar to what they’re doing with Google Plus (and Gmail in its early beginnings). The premise behind Photovine is sharing pictures of the same topic or category with your friends and/or strangers. Here’s the app description:

Photovine is a fun way to learn more about your friends, meet new people, and share your world like never before. It all starts with what we call a photovine: a group of photos around a single, shared caption. Start a new vine with a photo and caption of your own or add your photo/take on someone else’s vine.

Photovine is invite-only at the moment, so you’ll be asked to enter your email address after installing the app. If you haven’t already been invited to Photovine by a friend, you can visit our website at photovine.com to request an invitation. 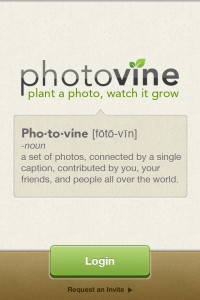 If you don’t want to wait for an invite, and want to get a similar Photovine experience, download the free app Piictu instead, as recommended on episode 41 of The iPhone Podcast. Piictu has been out for a while and will give you a preview of what Photovine is all about. This concept of sharing pictures is pretty neat, as it brings an interactive element instead of just posting randomly like with Instagram. 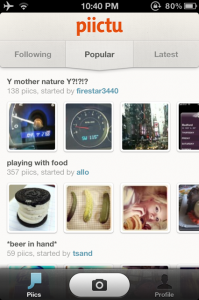 What’s your favourite way to share pictures with friends?

Thanks for the email, Dave!