eBay Mobile has received an update in the App Store, and a couple of the new changes bring some love for Canadians. Here’s what’s new:

The 2.3 update made improvements to the item screens, including larger images, new photo views, view more like this, shipment tracking, bid history, and more. We also added new push notifications for when an item has sold (cha-ching!), when there’s a bid on an item, and when you’ve received a message. Other features for sellers include international shipping, best offer, and immediate payment. Plus, you can now revise listings. Other features include improved search refining, home screen customization, and selling support for France and Canada. 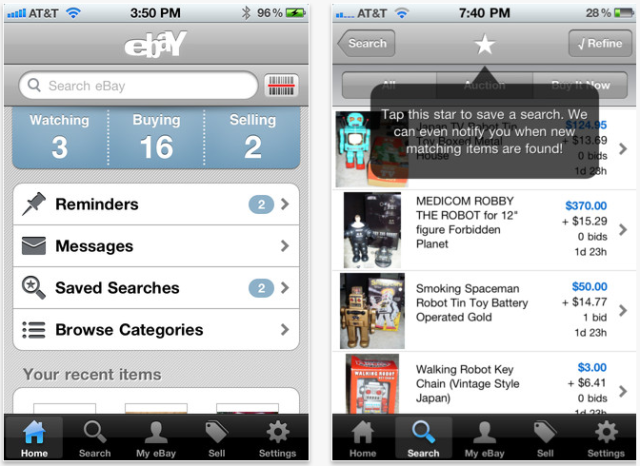 With the new added ability to pay for items within the app for Canada, along with selling support too, eBay Mobile has become much more robust for Canadians. During its original launch, eBay Mobile was only available in the US App Store, but that soon changed.