Facebook for iPhone users recently through a couple changes. First, their mobile site was unified, and secondly, the facebook iPhone app started to retrieve its newsfeed from the mobile site (allowing for new like/comment icons). This allows for the app to now receive new features and fixes without releasing an update to the app.

The latest change, is the addition of a “People You May Know” bar along the top of the newsfeed (which desktop users are used to seeing on the sidebar) to suggest friends. Check it out below: 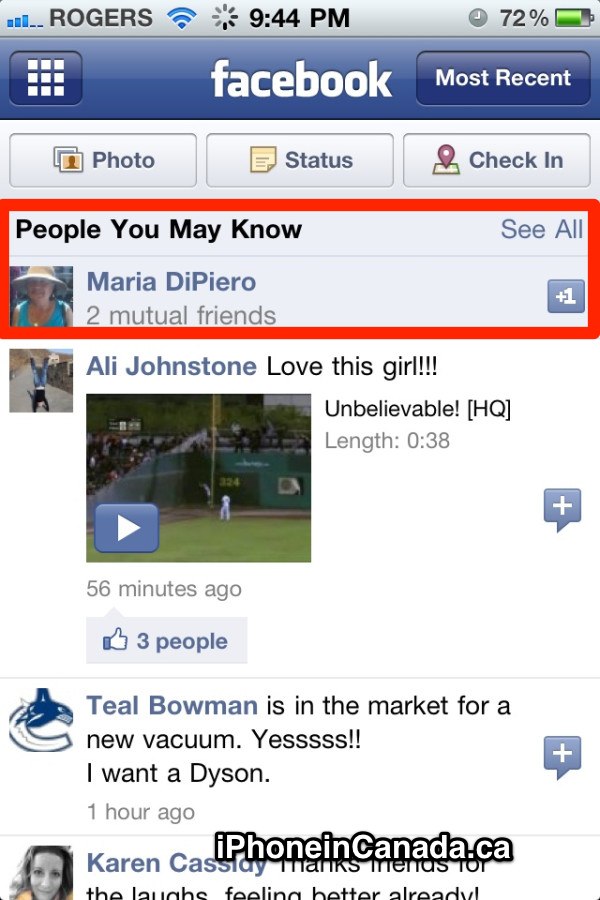 You will either love this or hate, as it takes up valuable screen real estate from the news feed. As of now, it does not appear it can be eliminated as the main feed is taken from m.facebook.com.

I haven’t seen this change yet, as it appears to be rolling out slowly. Has it appeared for you?

Thanks to @teal604 for the screenshot!