The iOS messaging party just got a little more crowded. Facebook launched earlier today a standalone app, called Facebook Messenger. This free app enables Facebook users to group message their friends right from their phone. The app is built upon Beluga Messenger, a company Facebook bought up back in March. The Beluga team oversaw the development of Facebook Messenger.

The app enables you to group chat, send pictures, share your location, and receive messages via Push Notifications. The inbox view is that of your Facebook inbox, keeping all your conversations in check. For your friends on Android, this could be just another way to chat with them (aside from using WhatsApp, Ping, textPlus, and more). With iMessage launching this Fall as part of iOS 5, Apple could see users jumping on Facebook Messenger as it conveniently includes all your Facebook friends.

The app works exactly as described, and messages are sent pretty quickly. You will need to provide your phone number to setup the application. The cool thing about this app is you can just resume your conversations when you’re on your computer, and on your iPhone. That was the beauty of Beluga, and the implementation with Facebook is excellent. You can even note the hint of Beluga’s involvement as seen in the pictures below (note the picture of the BELUGA WHALE): 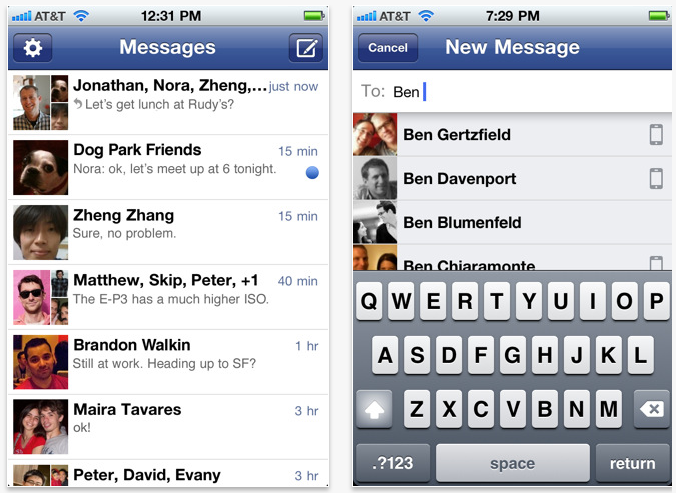 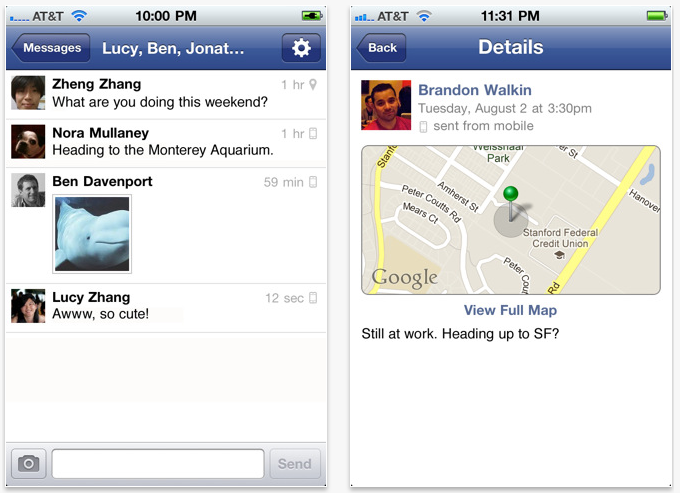