First Look: Hands On With Delivered Card Made by Apple’s Cards App 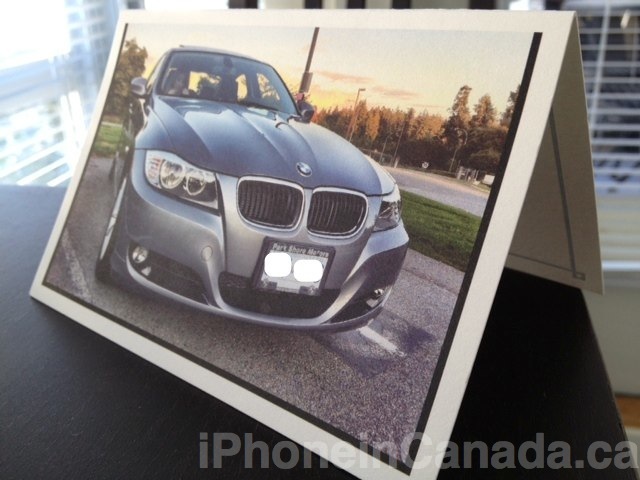 When Apple finally released their new Cards app, I immediately placed an order to test out the service. Apple announced the Cards app the day of their Let’s Talk iPhone event, where we all learned about the iPhone 4S.

I placed an order on October 12th, and my card shipped the next day. How long would an ordered card take to arrive in Canada? Today, I received it in the mail via Canada Post letter mail. So from the time I placed my order to the time it hit my mailbox it took 13 days. Would it have arrived faster if the Canadian Thanksgiving holiday didn’t fall within that period? Maybe.

Making and Ordering your Card is Dead Easy

Placing an order was extremely easy with the Cards app. I just chose a photo and away I went. Logged into my iTunes account when promoted to place the order. Only orders shipped by the USPS will be eligible for Push Notifications to inform users cards have been received. Here’s how my card looked like below: 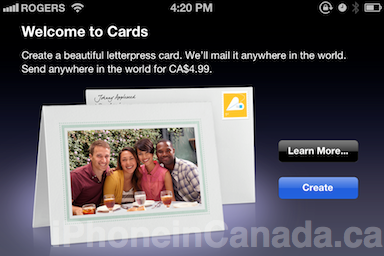 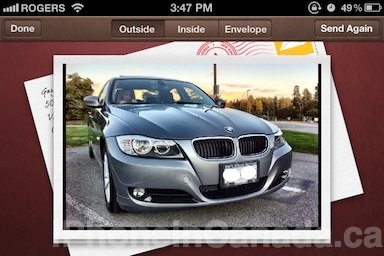 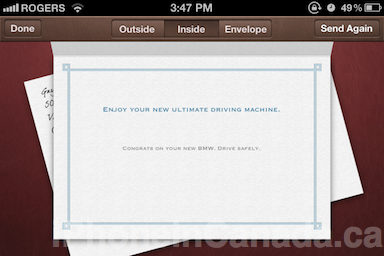 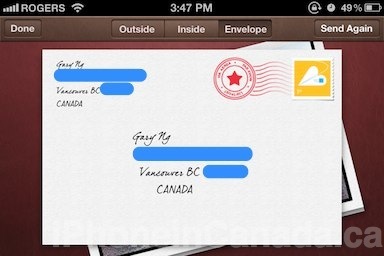 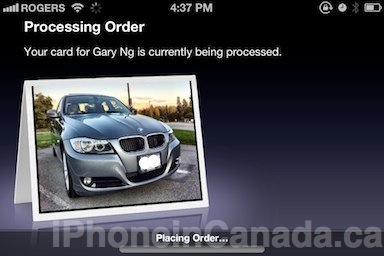 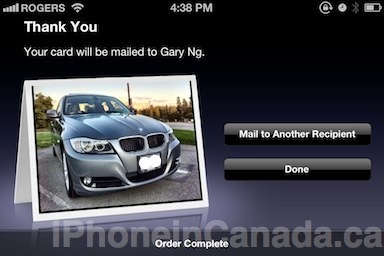 Here’s how the card looked like when it was received: 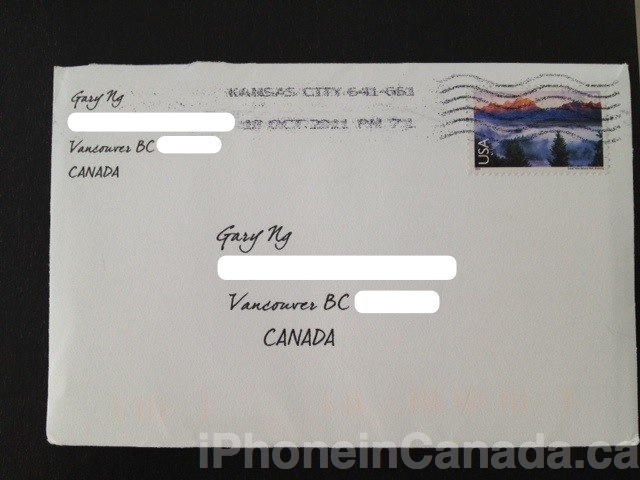 The envelope shows it was processed in Kansas City, and a 98 cent USA stamp is affixed with an image of Grand Teton National Park, in Wyoming. The fonts of both the address and return address are exactly as I configured it in the Cards app. 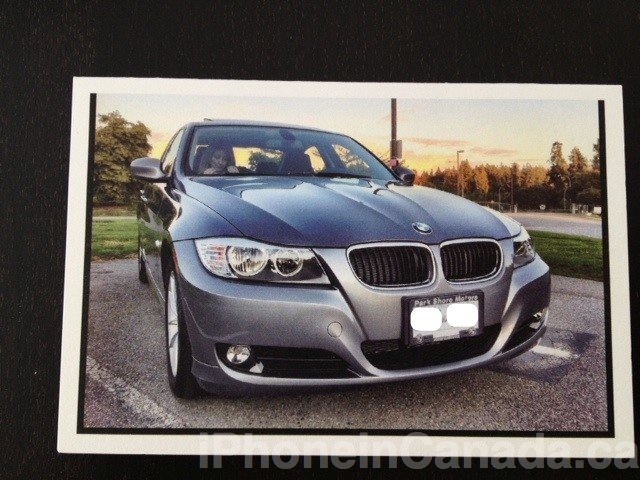 The card quality itself was not glossy but had a matte finish, but the image looked pretty good. The paper itself resembled card stock that was as thick as a Hallmark card, but more bendable. The border I chose was embossed into the paper, rather than printed on, which was nice. There is nothing on the back of the card. 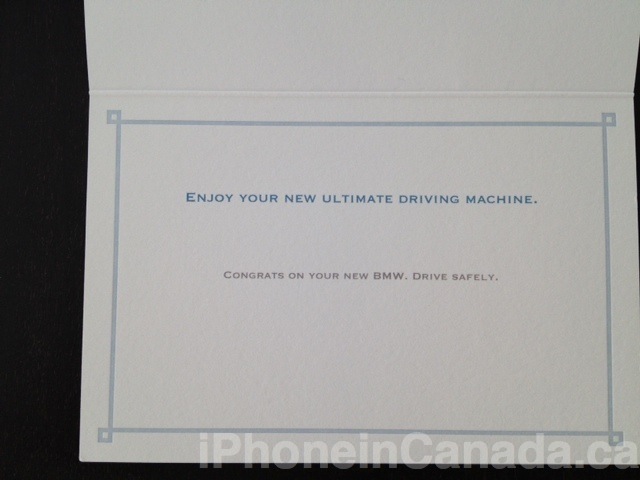 For $4.99 CDN including postage, a custom-made card by the Cards app offers incredible value. Postage in Canada starts at $0.59, so you’re paying $4.40 to send a card straight from your iPhone, worldwide. The convenience alone is worth the price–Apple has a definite winner here.

Let me know how your received cards have turned out!