Google’s Stadia exists and evolves in a very interesting time in the gaming industry. While traditional consoles are prepping their transition into the next generation, Stadia is still trying to find its place in a very competitive space.

Stadia has only been on the market since November 19th, 2019 and always had an uphill battle. Aside from competing with the likes of Microsoft, Sony, and Nintendo who have a long-established hold on the industry, Google proposed a very unique gaming experience.

Stadia is an entirely cloud-based gaming service, running on a variety of different devices. Unlike the Xbox One, PlayStation 4, or Switch, which are dedicated pieces of hardware, Stadia is accessible on Chromecast, the Chrome browser, Pixel and other Android smartphones. Google promotes Stadia as a way to stream games in up to 4K HDR resolution with 60 FPS support.

Nine months after the wide release, we had the opportunity to try out Google Stadia’s Founder’s Edition, which includes a Stadia controller, and a Chromecast Ultra to use while streaming games.

From first glance, the packaging of Google Stadia Founder’s Edition is pretty elegant. It sends home the message that Stadia’s cloud gaming experience is a minimalist one. Opening up the box, the first thing you’re met with is the proprietary Google Stadia controller. The Stadia controller comes in four colours: Clearly White, Just Black, Wasabi, and the Founder’s Edition (a dark, navy blue colour with orange accents). Underneath hides the USB-C charger for the controller, Chromecast Ultra device, a power supply plug, Stadia stickers, and a manual. 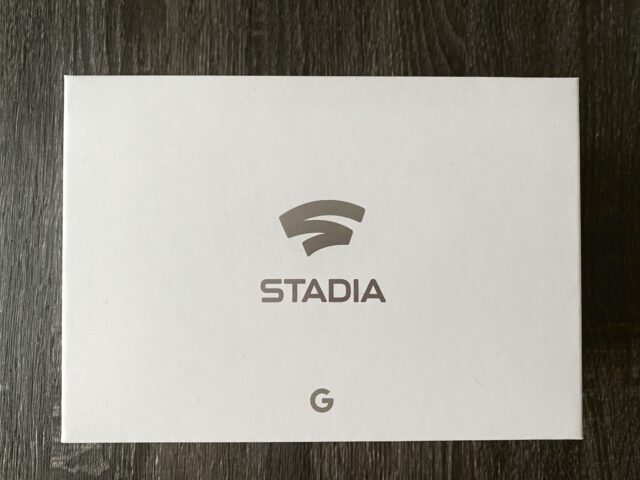 Hard to believe, but that’s it. The Stadia packaging is fairly bare-bones. It was a slightly exciting realization that I wouldn’t have to worry about space in my entertainment unit and fuss around with copious amounts of cords to get myself up and running. From a hardware perspective, Stadia is a relatively straightforward plug and play experience.

If you’ve used a Chromecast, Chromecast Ultra, or any streaming stick in the past, you’ll know how easy they can be to set up. The Chromecast Ultra plugs into the TV via HDMI and into a power socket. Afterwards, it’s a matter of syncing the device to WiFi using the Google Home app. 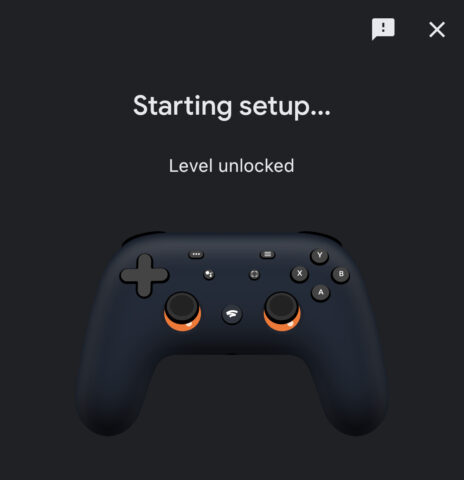 A separate Stadia app is also essential to complete the setup portion. As I needed to create my Stadia account and sync my controller, I downloaded the Stadia app to my smartphone and began the process. Because Stadia is still in its infant phase, obtaining my preferred Gamertag was an easy process. Finally, syncing the Stadia controller to the Chromecast Ultra was the final piece of the puzzle and relatively straightforward.

That all being said, this was the first notion of Stadia’s shortcomings. A lot of Stadia’s quality of life experiences are directly tied to the Stadia app and the Chrome browser. On your TV screen, Stadia is very limited in the number of menus and additive features commonly found on other gaming experiences. Any screenshots or videos taken on Stadia can only be accessed via the app or browser. An achievement notification will appear on-screen once you have unlocked it. Though, to look at the details I had to go into the app.

Essential pieces of Stadia, such as its storefront, are relegated to the Stadia app and Chrome portal. Upon completion of the setup process, the Stadia on the Chromecast was unable to let me select paid or free games from the store. Adding games to my library, I was forced to select them from the app or browser before they would appear on the home screen on my TV. The constant back and forth was a bit frustrating. With my attention on my TV screen, it would have been preferable to peruse through the catalogue of available games and add them to my library.

Prior to getting my hands on Stadia, the subscription model Google had in place was a little confusing. This is primarily attributed to the fact that during its beta phase and well into it’s wider market launch, Google changed its subscriptions. Currently, Google offers two options. One is a free tier, offering 1080p game streaming. All games on the storefront can be purchased at cost and streamed on any supported Google Stadia device. 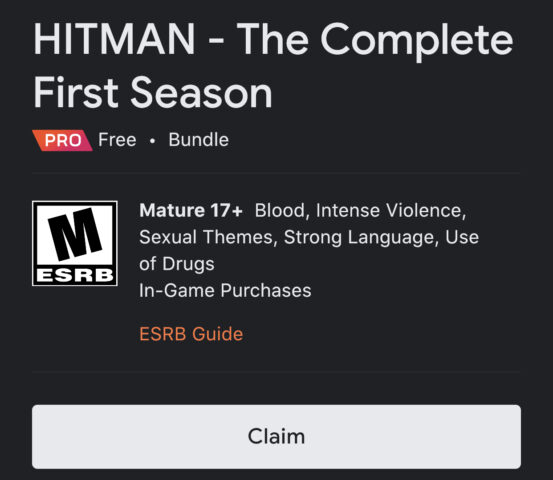 Stadia Pro, on the other hand, is the monthly $11.99 subscription offering 4K streaming capabilities. Most games must also be purchased in the store at cost. However, Pro subscribers are able to stream a rotating selection of games for free. However, should the subscription lapse or be cancelled, users will lose access to them. Though, access is granted once again if a user resubscribes. This subscription model draws parallels to Microsoft’s Xbox Games with Gold or PS Plus perks. 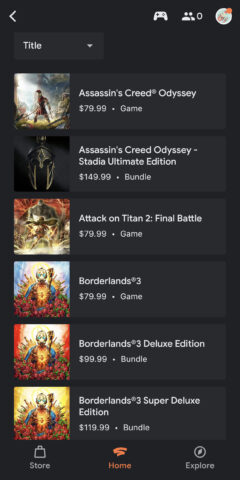 The elephant in the room that must be addressed is the limited scope of available games. Stadia does offer some newly released games such as Marvel’s Avengers and WWE 2K Battlegrounds. However, the list of highly-anticipated titles slated to drop on Stadia is short. Ubisoft is a primary supporter of Stadia. Recent games from the publisher such as The Division 2, Ghost Recon: Breakpoint, and Assassin’s Creed Odyssey are available. Ubisoft is also launching Assassin’s Creed Valhalla and Immortals Fenix Rising later this year. However, Cyberpunk 2077, one of this year’s most anticipated game is launching November 19th, but won’t be ported to Stadia “at a later date”.

This puts Stadia at a massive disadvantage. Stadia support does not appear to be a priority for many third-party developers and publishers. Thankfully, Stadia’s catalogue isn’t entirely comprised of third-party games. Orcs Must Die 3, and Gylt are amongst the few exclusive games. However, the selection isn’t enough to offer a robust offering. More games are in the pipeline though. Stadia Games and Entertainment’s Playa Vista studio is developing its own unknown title.

Cloud gaming at its core is fundamentally tied to personal internet connection speeds. The higher speeds paired with stronger connections will ultimately render a better experience for the user. In the case of Stadia, Google recommends a base speed of 10mbps to begin streaming. To reach the 4K resolutions Google promises, the company suggests having a speed of 35mbps. In a metro city, this is a small task. For rural users, this may prove to be a bigger challenge. 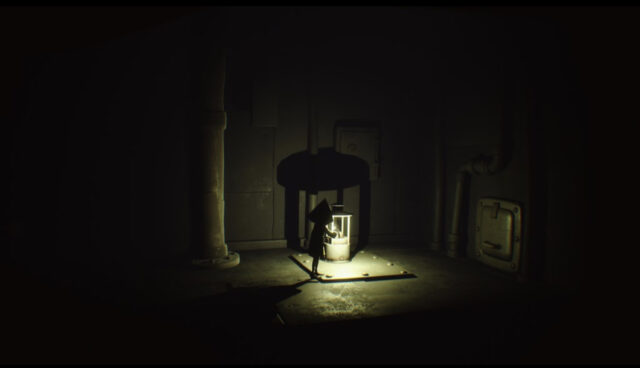 You must also factor in data usage. It may not be a surprise but cloud streaming games will consume a ton of data. Google’s support page gives rough estimates on data consumption. 720p resolution will result in 4.5GB/hour. If you intend to play in 4K HDR resolution, Stadia may consume up to 20GB/hour. Putting this into perspective, streaming an hour of games in 4K each day over a month, you’ll run through approximately 600GB. Factoring in your own data limits (if applicable) is essential if you are considering adopting Stadia.

My ISP offers unlimited Gigabit speeds in a fibre connection. From personal experience, I never experienced an issue reaching the proposed 4K HDR resolution in games that offered it. I ran Stadia entirely off WiFi in my living room with my router next to my Chromecast Ultra. I only experienced the odd drop in resolution due to my connection. No game was entirely unplayable, though I did notice when the visuals dropped down to 1080p and spiked back to 4K. The games will render automatically to either 1080p or 4K depending on the resolution each game supports and speed connections. However, It’s also hard to determine which games will natively run in 4K without doing a deep dive on each game in the storefront. 4K titles will list its support on the bottom of its product page.

Overall, I was pleasantly surprised with the performance. Had I not known that the game was being streamed, I would have thought that the games I were playing were running off a dedicated piece of hardware. Boiling down the technology behind Stadia, it’s quite impressive to see how ironclad the experience is. But all the while, I’m well aware my situation isn’t one that’s obtainable by all households. 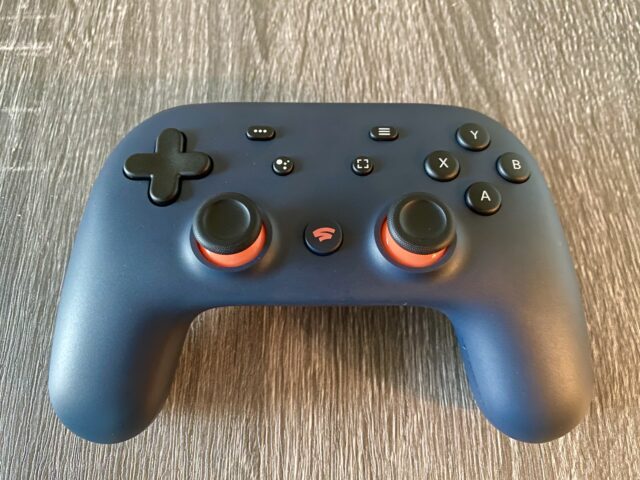 What my personal grievances on the controller come down to are the face buttons, and triggers. The face buttons have a prominent click when using them. The triggers have very little resistance when pulling down on them.

Latency was a big worry for me. A game like Destiny 2 requires low latency for precise shooting and player actions. While playing on the Chromecast, I never truly felt hindered by input lag or latency. As mentioned, the resolution is the first quality to be affected by connection speeds. Latency was the second to go during those rare cases of speed drops. Controller feedback felt even better while playing remotely on my Pixel 4a.

Each of Stadia’s supported games lives entirely on the cloud. This means no matter where you’re playing you can immediately pick up where you left off on another device. I was able to bounce between playing on my TV, and Pixel 4a. I could also begin a game on Chrome in my office and continue my play session back in my living room on the Chromecast. 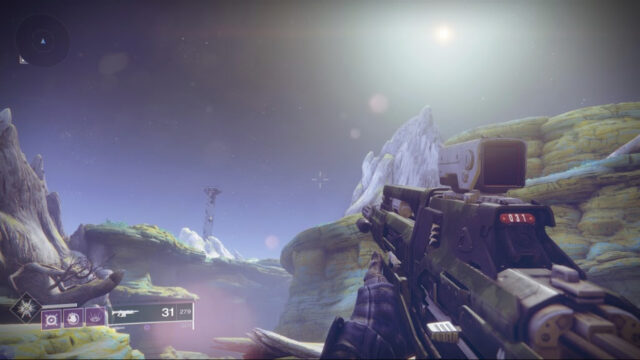 The simple pick-up-and-play model Google has worked exceptionally well. As envisioned, I could take my old 2012 MacBook Pro with me and connect to public WiFi and start playing Hitman Season One. Or, I could pair my Stadia controller with my phone and play in the park off my cellular data.

The obvious downside of cloud-gaming is the lack of physical media. Collectors or those who still cherish plastic cases and disks will have to make a huge adjustment going into an all-digital experience. The positive aspect of gaming on the cloud is there is no wait time for updates and downloads. After purchasing a game, it appears in your library instantly and there won’t be any future downloads for update patches or DLC content drops.

Google Stadia still feels like it’s in its early access stage nine months after launch. The technology powering its momentum is undeniably impressive. Ultimately, the core experience will be limited to the internet connection speeds each user has. Additive features such as State Share, Stream Connect, and Crowd play are still in development and are not readily available.

Stadia has a long way to go to compete with the goliaths that currently own the gaming market. Stadia’s gaming catalogue is progressively getting bigger with larger AAA offers and smaller, indie experiences. However, without the full support of third-party publishers, certain IPs and franchises will not make its way to the service. Google can hope to bolster its catalogue with exclusives and first-party games in the future.

With a free tier offered, it’s easy to encourage any hopefully early adopters to try Stadia. From there, they can then determine whether the gaming catalogue speaks to them and if their data caps can accommodate Stadia Pro’s increase to 4K, especially with the two-month trial offer.