Finally! I have been waiting for Guerrilla Bob to be released for some time now and I’m sure many of you readers have been too.

The developers at Angry Mob Studios and Chillingo for releasing such an highly anticipated game, Guerilla Bob is sure to give you a fast action shooter, high quality graphics and plenty of enjoyment to go above and beyond with massive weapons! 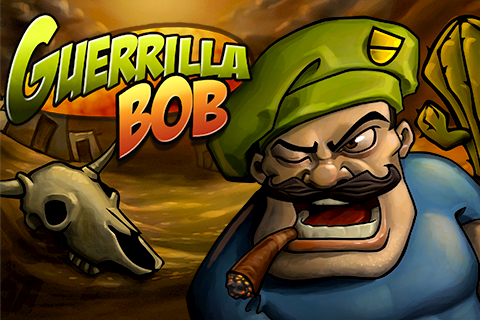 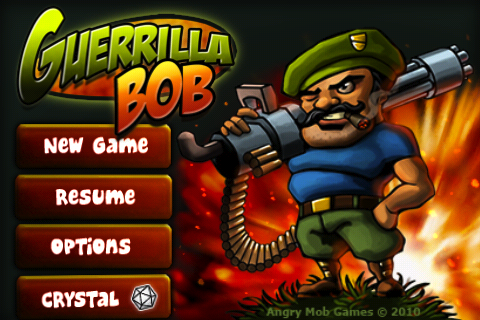 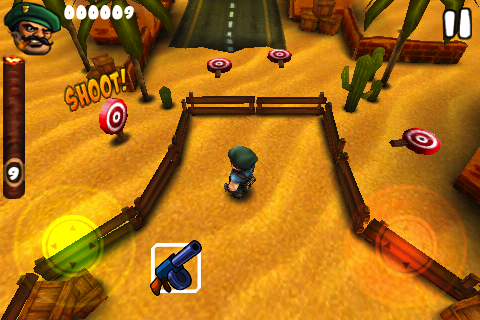 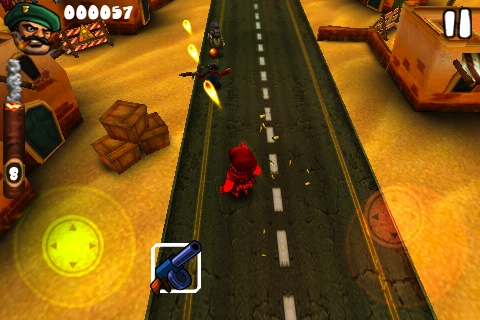 Get your finger on the trigger and prepare to fire! Guerilla Bob is an action-packed shooter game with stunning visuals, plenty of kick-ass weaponry, unique enemies, explosive ammunition and non-stop humour.

Fast-Paced Shooter Combat Versus Deadly Enemies: Face an army of fearsome foes wielding weapons of every variety. This is a challenge not for the faint of heart â€¦

A Variety of Gameplay Modes: Dive into the Story Campaign where Guerilla Bob fights through dangerous canyons, steep deserts and dreadful towns. Alternatively, engage in Survival Mode where endless enemies come at Bob from all directions in a closed arena environment. There are extra difficulty modes for players who think theyâ€™re an expert!

Crystal Leaderboards and Achievements: Players can see how they compare to the best digital soldiers in the world via a comprehensive scoring system, online leaderboards and achievements through Crystal!

Gameplay experience so far has been awesome! For controlling Bob and his actions, there are two virtual sticks on the screen. (I would say it’s the same gameplay experience as Minigore) Left stick is for moving and the right stick is for using his weapons.
Careful now. You will notice the cigar located to the left of the screen, that is your life. Graphics are beautiful! Sounds are great and yes, just as described. Guerrilla Bob offers a ton of fast paced action shooting with a variety of game modes and difficulty.

I recommend trying Guerilla Bob and for the price of a new released game at $2.99. I think that’s a good deal!

Guerrilla Bob can be found in the App Store for $2.99