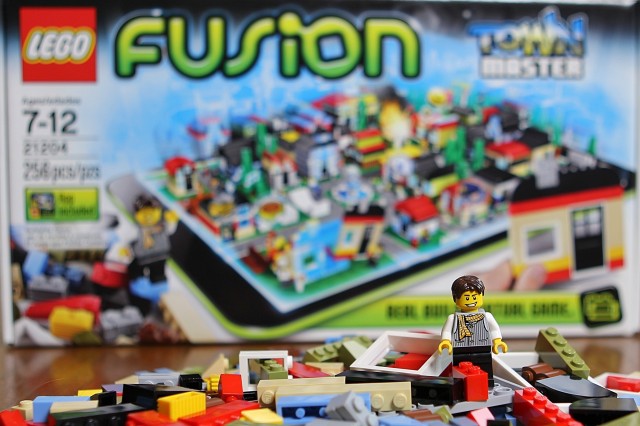 LEGO video games have always been a lot of fun, but they’ve always lacked that building aspect that makes LEGO what it is. So the company set out to combine the two. The result, LEGO Fusion.

There are four versions of the game, including Town Master. In this game, you’re the mayor of a city that you must build, and you have to keep your citizens happy, all while completing various tasks. You could say it’s the Sims meets LEGO.

Now before I go any further, the LEGO Fusion games as of this review are U.S. exclusives and the app is only available in the U.S. App Store. That doesn’t mean you can’t pick these up and enjoy them if you don’t live in the U.S., it just takes a little more work, and don’t forget an American iTunes account.

LEGO hasn’t said when it might release the Fusion games to the rest of the world. Here’s my video review of the LEGO Fusion Town Master virtual game.

LEGO Fusion Town Master comes with 256 pieces and that includes the Mayor mini figure as well as the scanning plate. The pieces themselves are various colours, and shapes, but you will notice they are all one stud wide. That’s because when you’re creating you’re only building the face of the structure. It then gets scanned into the app, and the game finishes off the sides and back.

As you play, you will be prompted to build certain buildings such as a school, a fire station, police station and many, many more. You’ll also be required to complete various tasks to earn more studs – the in game currency if you’re not familiar with LEGO video games. With the currency you can build for structures and you can even spruce up your town with extras like fountains. tables and chairs, hot dog stands and other stuff.

Ok, but what about building and scanning your creations in? You have to build everything on the provided scanning plate. You’re builds can be up to 16 studs wide and 16 bricks high, and you have to include a door. When you’re finished, then comes the fun part – or frustrating part – scanning the creation into the game. To do so you use your mobile device’s rear facing camera. 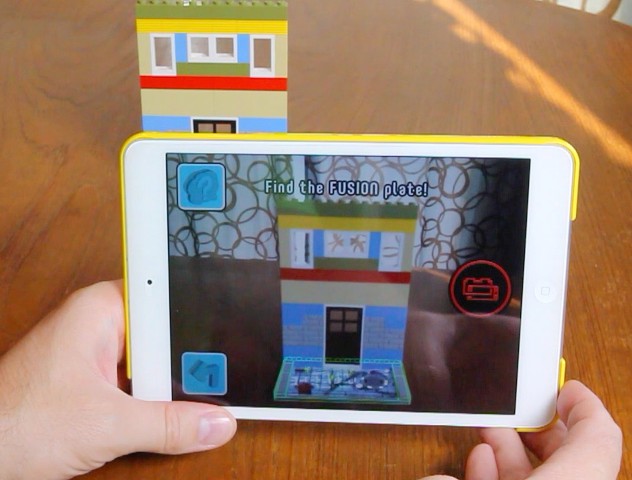 It has to lock onto the baseplate, which can be tricky at times. Make sure your table or whereever you’re playing is clutter free, and you only have your plate and build in the camera view. If there are pieces or other things in the view it can be tricky to scan and the final result can be wrong.

LEGO has suggested putting a white piece of paper under the plate to help with the capture, and while this does help, it’s not a solution that makes scanning work 100 percent of the time.

When I first got this game and tried it, I was very frustrated because it took forever to lock onto the baseplate and I kept getting builds that weren’t right. Had I done this review right then and there I would have said don’t even bother with LEGO Fusion Town Master.

But, having given it more time, I can now scan the builds in pretty quick and with few mistakes. The trick, lighting. Just make sure it’s not too dark where you’re playing this. If you’re by a window and it’s daytime, use the daylight to your advantage.

After a while you’ll figure out your own ways improve the scanning process. Once you’re creation is scanned in, you can place it anywhere. You can rotate it and even after it’s built, you still have the option to move it. 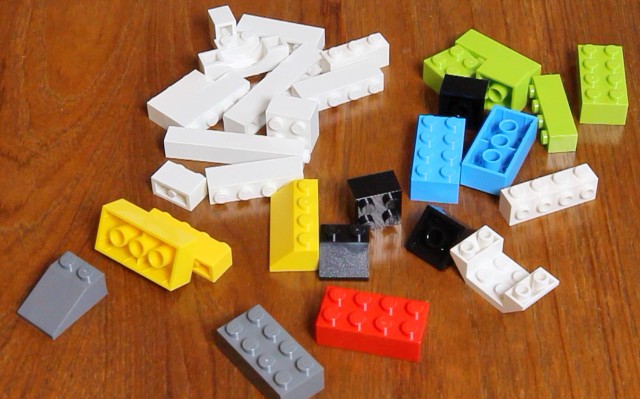 One thing I was really interested in when I first heard about LEGO Fusion was the ability to use the LEGO bricks you may already own. I can tell you, it’s not going to work, unless your pieces are the same as those included with the game. I’ve tried using different colours and shaped bricks, and they don’t work. The game just doesn’t recognize them. It either replaces them with something it knows or it just leaves them out, leaving you with big holes in your builds. 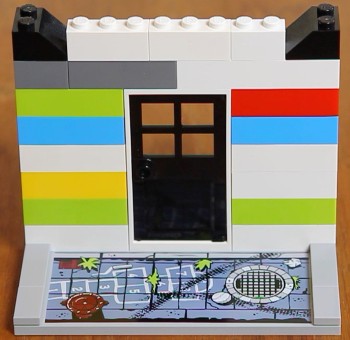 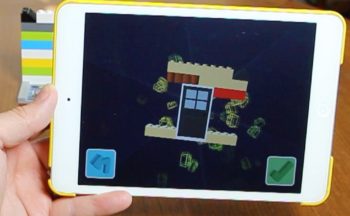 This is a real shame. I was really hoping that the game would be able to recognize more bricks than those provided. But at the same time I understand the difficulties that would go along with trying to make use of the vast assortment of bricks in the LEGO lineup. It’s just not possible right now. Maybe someday, but for right now you’re stuck with what’s in the box and any of the same pieces you may have in your own collection.

Some other notes, if you have the physical game and want to play on the road without your bricks you can. You can still add buildings, you’ll just have to choose from the ones you’ve already created. So my suggestion is, if you are say going on vacation, build a bunch of structures and scan them in before you leave. That way they’ll be there for you when you need or want them.

From when I first tried the game to now, I have to say I enjoy it a lot more. I know my five year old son Devon likes it a lot more too. It’s a lot of fun designing your own city and trying to keep everyone happy. The animation and graphics are great and the game can quickly become very addictive. What’s great, is while you are playing a video game, you are forced to take breaks and actually build using your real blocks to keep moving forward in the game. So it’s not all just screen time.

The recommended ages for LEGO Fusion Town Master is 7 to 12 – but my five year old has no problem playing it, and understanding what’s going on.

I think if you’re a big fan of LEGO video games, you’ll enjoy Town Master. It offers something new, and I think there is plenty of room for growth and expansion within the game. As for when the rest of the world might get this? I’m not sure. As of this review LEGO has only said it’s a US exclusive. So we’ll have to wait and see. Let me know what you think in the comments section.

LEGO Fusion is available from Amazon.com for $39.95.

Since the advent of the PlayStation 5, I’ve been impressed with Sony’s new DualSense controller. It’s quickly entered the upper echelon of controllers as far as I’m concerned. Bringing haptics and adaptive triggers and leveraging comfort, the DualSense really elevated my experience in the PlayStation ecosystem. However, I’ve also long been a proponent of the...
Steve Vegvari
10 hours ago

Last fall iRobot announced the Roomba Combo j7+ 2-in-1 robot vacuum and mop, which offers two cleaning experiences in one machine. Traditionally, Roomba customers would have to have two robots to handle both mopping and vacuum duties, but the premise of the Roomba Combo j7+ is to have it all in one package, including a […]
Gary Ng
6 days ago 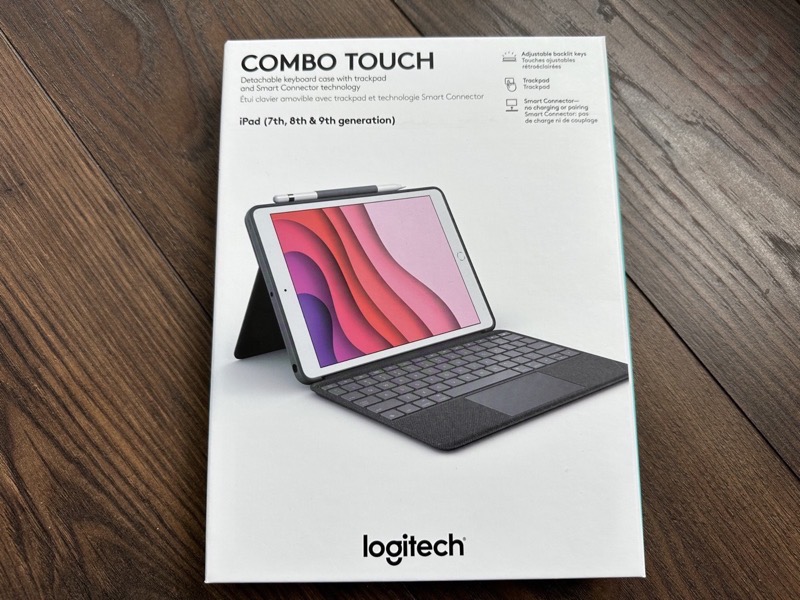 It’s no secret I’m not a heavy iPad user, aside from using the latter as a second screen for keeping tabs on email and for streaming media on the odd occasion. We recently jumped on a $359 iPad 9 Black Friday sale (it’s $379 right now) and to turn the latter into a more productive […]
Gary Ng
1 month ago